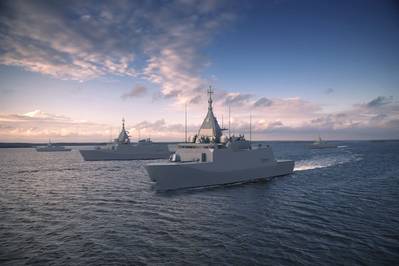 Finnish shipbuilder Rauma Marine Constructions (RMC) revealed it has entered into three major supply contracts worth over €100 million ($117.4 million) in total for the main equipment of Pohjanmaa Class multi-purpose corvettes commissioned by the Finnish Defense Forces.

The most crucial contracts for the supply of critical main equipment with long delivery times were signed during spring and summer in highly unusual circumstances, the shipbuilder said, adding that the coronavirus pandemic has posed significant challenges to numerous businesses, including the Squadron 2020 project.

During these challenging times, we have had to develop new ways of working, also regarding the negotiations, which have demanded tenacity and patience from all parties involved," said Jyrki Heinimaa, President and CEO of Rauma Marine Constructions. "We are very pleased that the contracts for the most vital and time-sensitive equipment procurements for the Finnish Defence Forces’ Squadron 2020 project have now been signed. This is a considerable achievement, especially seeing as many shipyards and businesses have unfortunately had to close down completely."

According to RMC, the most important machinery equipment in the multipurpose corvettes are the gas turbine, the electric drive system along with the gear system that connects them to the propeller shafts and the main diesel generators—each developed specifically for combat vessels.

The electric drive system and the gear system, which is critical to performance and technically challenging, will be supplied by the German company RENK AG. The company has decades of experience in delivering gear systems for combat vessels to nations around the globe.

The electrical power will be supplied by extremely quiet 12V 175D diesel generators from MAN Energy Solutions SE. The MAN 175D GenSets have double-elastic seating, and a number of GenSets will have noise enclosures for silent operation. MAN 175D is the only high-speed navy GenSet able to reach that power level with 12 cylinders, which makes it more compact and more effective in terms of maintenance. The engines will be suitable for arctic operation and capable of functioning in extremely low air-intake temperatures.

During normal patrol operations, each ship's twin, ice-strengthened, controllable-pitch propellers will be driven by electric propulsion motors with a number of the four MAN 175D diesel generators installed on double-resilient mounting for mission purposes. 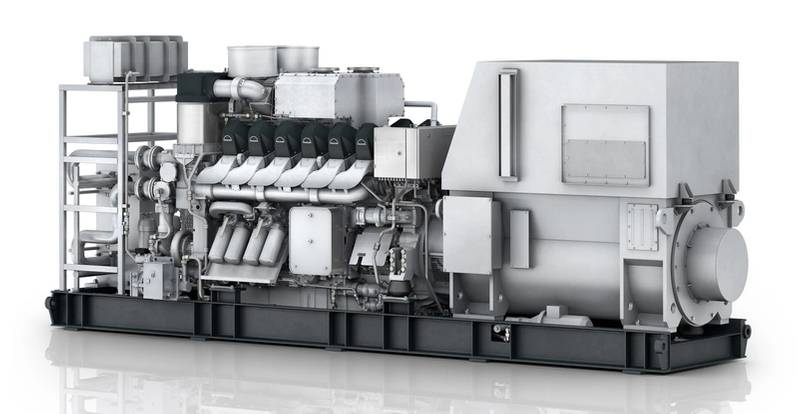 (Image: MAN Energy Solutions)
RMC said several important factors were considered when selecting suppliers. These include the power/weight ratio of the engines and gear systems, reduced underwater noise, and warfighting vulnerability, which all play into the operative performance of the vessel. All systems also meet the demands of northern winter and ice-going conditions that are exceptional for warships. The engine and propulsion solution of the Squadron 2020 vessels is a so-called CODELAG (Combined Diesel Electric and Gas) system with two propeller shaft lines. When the ship travels at lower speeds, the vessel is driven by electrical engines, which connect to the gear and are powered by the diesel generators. At higher speeds and in heavy ice conditions, a high-power gas turbine is connected to the gear.

The systems and suppliers that were selected meet the criteria of national security of supply with which the vessels must comply. The vessels will be serviced in Finland throughout their lifecycle.

Squadron 2020 is a Finnish naval project that aims to replace seven older vessels. The four modern corvettes will then form the backbone of the navy into the 2050s. The overall length of the Pohjanmaa-class corvettes is 114 metres, with a beam of 16 metres and maximum draught of 5 metres – corresponding to a displacement of some 3,900 tonnes.

RMC will construct the vessels in Rauma, southwestern Finland between 2022-2025. The first test-runs at sea are already scheduled for 2024 with all vessels projected for completion by 2028.