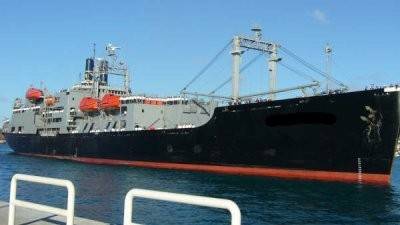 The National Defense Reserve Fleet vessel was provided to the Massachusetts Maritime Academy by MARAD for Cadet training.  This one-year undertaking is part of a MARAD initiative to test fuel cells as a source of power for shipboard electrical systems.  Researchers will evaluate the performance of the fuel cell technology and how low sulfur marine diesel fuel can be used to efficiently power a fuel cell to produce auxiliary power.  Unlike using low sulfur fuel in diesel engine generators to provide electrical power, the system produces no harmful air emissions.