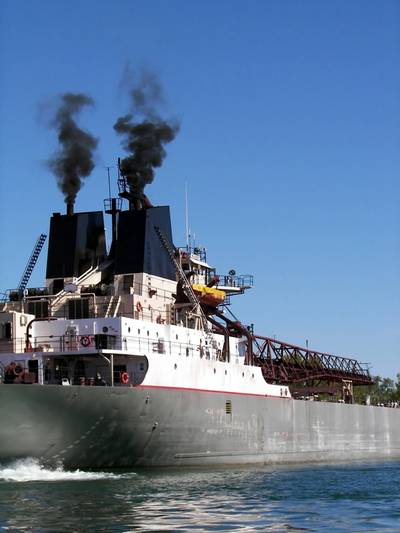 The marine industry's January 2020 shift to using very low sulfur fuel oil (VLSFO) to power ships worldwide will launch a one- to five-year disruption in oil and refined products markets, according to a study released Thursday by Boston Consulting Group.

The International Maritime Organization (IMO)'s mandated switch will require fuels to have a sulfur content below 0.5%, compared with 3.5% now. It aims to improve human health by reducing air pollution from sea-going vessels.

The changeover may increase profits for refiners, especially on the U.S. Gulf Coast, where plants are designed to process high-sulfur crudes. It could also benefit producers of shale oil, which has a lower sulfur content than other varieties, the study found.

Conversely, prices for high-sulfur fuel oil (HSFO) or bunker fuel, with a maximum sulfur content of 3.5%, will fall as demand erodes, according to the study.

"The effects will be more than made up for by higher market prices for VLSFO and middle distillates, leaving most refiners, particularly complex refiners on the U.S. Gulf Coast, with substantially higher margins than they had before the disruption," it said.

Prices for crude oil from shale fields will benefit from the transition, the study said, and "command a rising price premium, due to a sulfur concentration that is lower than that of oil from other sources."

The shortest period for the transition would be one year if the IMO, a United Nations body regulating the shipping industry, were to postpone the start to 2022, allowing refiners and shippers more time to prepare for the change, which was first announced in 2016.

The longest period – five years – would be expected if the world economy falls into recession and shippers widely do not comply with the regulation, narrowing the expected price spread between HSFO and VLSFO.