Marine Renewable Energy Begins to Take Off in 2012 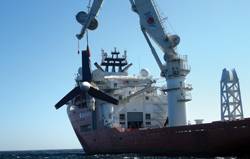