While there remains much debate as to what an autonomous future looks like in the maritime sector, one company, Sea Machines, is helping to pace the field with product development, partnerships and investment.

"This investment enables us to double down on our commitment to building advanced command and control products that make the industry more capable, productive and profitable," said Michael Gordon Johnson, founder and CEO, Sea Machines. Sea Machines will first use the funds to develop additional features to its recently launched SM series (the company's first line of autonomous-command and remote-control products) and is now developing and testing the world's first A.I.-powered situational awareness system for container ships aboard a Maersk new-build Winter Class ship. In addition to supporting these initiatives, the funds will also help to grow our network that will help to distribute these products around the world and will provide the financial backing Sea Machines requires to hire the talent that will take the company's innovations to the next level, said Johnson.

“Eniac Ventures is excited to back Michael Johnson and the Sea Machines team – the leading maritime and robotics experts solving this industry’s most critical issues, including labor, safety, efficiency and cost,” said Vic Singh, founding general partner, Eniac Ventures. Eniac is an experienced investor in a handful of autonomous robotics companies across big GDP sectors agriculture, logistics, manufacturing, and transportation. Some examples in agriculture include Iron Ox, a fully integrated autonomous robotics farm for product, and Vence,  autonomous cattle ranching through virtual fencing. In the logistics and manufacturing sector it is involved in Ready Robotics, programmable robotics platform for manufacturing. In the Transportation Eniac’s thesis is around air, land, rail and sea, as in addition to today’s Sea Machines investment this includes ISEE,  autonomous trucking long haul and distribution center, and Xwing,  autonomous aviation for eVTOLS, helicopters, small aircraft and ultimately general aviation.

From Brunswick Corp., a familiar name in commercial and consumer maritime sectors, David Foulkes, chief technology officer, Brunswick Corp. simply said:  “To date, our participation and investments are helping us to better understand how we can make boating better and continue to evolve and differentiate our business." 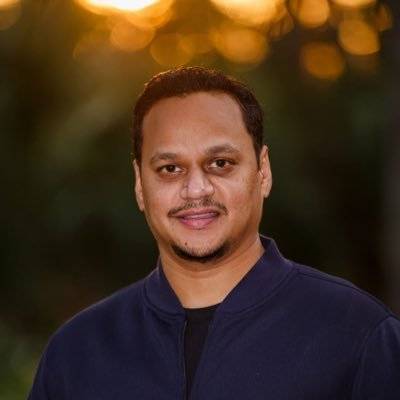 “The level of traction they (Sea Machines) have from the global maritime industry is a telltale sign that the industry is the next frontier for autonomy,” said Vic Singh, founding general partner, Eniac Ventures.Sea Machines on the Fast Track
While maritime remains behind other transport sectors in terms of autonomous adaptation, the gap is closing according to Eniac. “Maritime is ripe for autonomy given the spectrum of vessel types - recreational, work boats, survey boats, security boats, water taxis and cargo ships,” said Singh. “Autonomy is new to all transport spaces and maritime has its own unique challenges and benefits of autonomy. The technology requirements for autonomous maritime are not as deep as ground transport and the industry is already starting to adopt. From a tech perspective, maritime is earlier than ground but from an industry perspective its right on par.”

The investment marks one of the largest venture rounds for a marine- and maritime-focused technology company and brings the total capital Sea Machines has raised to $12.5M. According to Johnson, a cornerstone of the company’s success to date is founded on using existing technology in a more intuitive way. “Sea Machines has done a great job leveraging existing technology to create new, robust commercial solutions,” said Johnson. “From consumer off the shelf (COTS) hardware components to an industry standard autonomy framework, the engineering team has used tried-and-tested tools as a solid foundation on which to build a library of proprietary technology to form the core of all Sea Machines products. This approach has allowed the team to develop quickly and focus on delivering robust solutions to customers.”

While there are a multitude of investment opportunities to move autonomy forward in the maritime space, Singh was succinct in the attraction to Sea Machines. “We looked at autonomy in air, land and sea. We decided to invest in Sea Machines as our bet in autonomous maritime given the deep domain expertise of the team in maritime as well as their deep operating sand technology expertise building and scaling full stack AI + data + software _ hardware companies,” said Singh. “When investing in startups going after big GDP sectors, the technology itself won’t be the only key to success but rather a deep understanding of the industry and customer base is what sets its apart and Sea Machines has all of that DNA. They are the leader in the space as evidenced by their traction.”