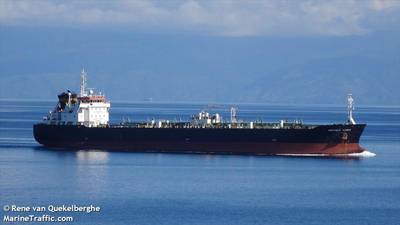 A tanker captain has been convicted and fined for failing to immediately alert Australian authorities of a main engine breakdown in 2019.

On January 31, 2019, the tanker Asphalt Spirit suffered a main engine breakdown and began drifting 30 kilometers northeast of Point Lookout on North Stradbroke Island while carrying 14,000 tonnes of asphalt from from Korea to Australia.

The ship’s master reported the incident via email to the Australian Maritime Safety Authority (AMSA) just after 10 p.m. that night – six hours after the initial breakdown.

Modelling predicted the possibility of the ship running aground at the southern end of the island within the next 17 hours if it continued to drift without power.

AMSA began making arrangements to intervene with an emergency tug from Brisbane.

The ship’s master responded to AMSA at 1:30 a.m. on February 1 and confirmed the engine damage could not be repaired at sea.

Following discussions with technical experts, the Asphalt Spirit’s insurer UK P&I Club entered into its own commercial arrangement with Svitzer who tasked its tug Clontarf to intervene. Clontarf arrived later that day, securing the Asphalt Spirit and towing her to Brisbane.

Conviction
On December 9, 2019 the master pleaded guilty in the Brisbane Magistrates Court to one count of failing to report a marine incident to authorities without delay, as required by section 11(1) of the Protection of the Sea (Prevention of Pollution from Ships) Act 1983.

"The responsibility to report a marine incident to authorities without delay and the consequences for failing to do so, ultimately rests on the shoulders of the ship’s master," Kinley said.

"We have reporting requirements in the maritime industry for a reason. Authorities need to know if you are in trouble so they can provide assistance where possible to resolve the problem before it leads to a catastrophe.

"Without intervention, the incident with the Asphalt Spirit could have been an environmental disaster. It goes without saying that the reluctance from the master and company management to report the incident to AMSA with the urgency that it warranted, is completely unacceptable.

"Failure to report a marine incident without delay places the safety of your ship and crew, as well as our precious marine environment, at further risk and it could result in a conviction that will follow you for the rest of your career.

"The Australian coastline is huge and assets such as tugs may take time to arrange. We understand that ships can break down from time to time and we will always support responsible operators who report these incidents and who are taking the necessary steps to undertake repairs or arrange a tow.

"Ship tracking technology today means we will know exactly when a ship stopped one way or another and we will ask questions if it is not reported."

A new set of independent indices for the liquified natural gas (LNG) seaborne trade went live this week (2 March), based on the carriers burning LNG…