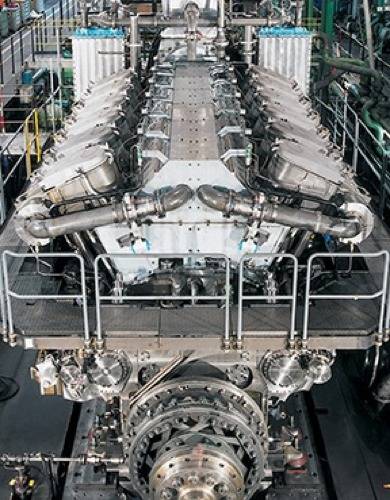 MAN Diesel & Turbo has won an order from Miami-based Carnival Cruise Lines to supply five medium-speed 48/60CR engines to power its next-generation diesel-electric propulsion cruise liner which is to be built by Fincantieri.

With a gross tonnage of about 133,500 tons and a passenger capacity of about 5,000, the ship will be the largest vessel in the Carnival Cruise Lines' fleet. Its construction represents the introduction of a brand new class of ship that will be powered by five MAN Tier-II-type engines – 2 × 14V48/60CR + 3 × 8L48/60CR types – capable of delivering 62,400 kW. The vessel is scheduled for delivery in the spring of 2016.

Dr. Stephan Timmermann, of MAN Diesel & Turbo’s Executive Board, said: “This new order is yet another historical milestone for the company in what is a technologically but also commercially demanding market. Gaining the confidence of Carnival Cruise Lines, the world’s largest cruise operator, fills us with pride but we are also aware of the high level of expectation that working with a major, new customer brings.”