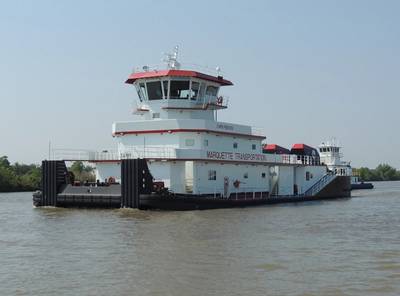 The delivery of the new towboat m/v Chris Reeves comes three months after the series' lead vessel m/v Cindy L. Erickson was handed over in February 2018.

The third in the series is scheduled for delivery this August, with a fourth optional towboat lined up for delivery in December.

The towboat offers a total of 13 beds. The vessel’s superstructure is supported on a bed of springs for added crew comfort and a soft-core jointer system was installed in the accommodation spaces for added comfort and fire safety.

C&C Marine and Repair noted it is no stranger to building vessels outfitted with triple-z drives. In 2017, the Belle Chasse, La. yard built and delivered three such vessels for SCF Marine, all within eight months of each other.

Tony Cibilich with C&C Marine said, “We take production deadlines very serious at C&C Marine and Repair. We understand the economic incentive for everyone involved to produce these vessels in a timely manner, while maintaining the highest quality of construction.”