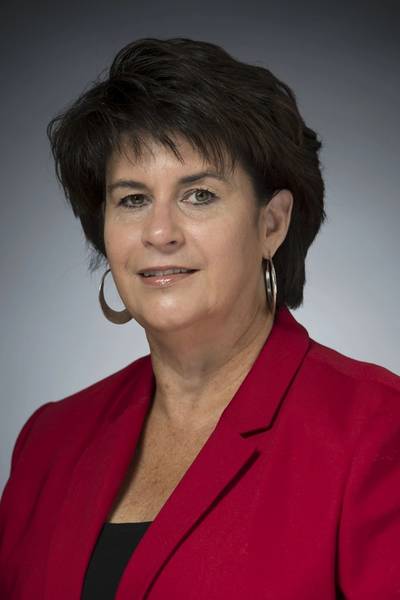 Mary Cullen has been appointed vice president of nuclear propulsion at Huntington Ingalls Industries’ (HII) Newport News Shipbuilding division. Cullen will assume her new role on November 14 following a transition into the job with the help of Barry Fletcher, who will retire from the position after 37 years of shipbuilding service.

“Throughout his tenure, Barry has made significant contributions to the Navy’s nuclear propulsion program, earning him the respect of many and the ultimate responsibility of serving as our company’s ‘head nuke,’” said Newport News Shipbuilding President Matt Mulherin. “Mary’s expertise, diversity of thought and inclusive leadership style will foster innovative ideas and solutions to continue the division’s strong performance.”
In her new position, Cullen will be responsible for overhaul engineering, reactor services, test engineering, radiological controls, construction and process engineering, as well as refueling production and nuclear support.
Cullen has worked in several departments, including environmental engineering and radiological control engineering, since she began her career at the shipyard in 1985. She has served as radiological control deputy director, production refueling and nuclear support superintendent, and construction director, and most recently led the USS Enterprise (CVN 65) inactivation. She earned a bachelor’s degree in chemistry from California University of Pennsylvania and a master’s degree in engineering management from Florida Institute of Technology.
• Huntington Ingalls Industries • Matt Mulherin • Newport News Shipbuilding
Email

Thordon Bearings has promoted Scott Groves to Vice President – Sales, with a mandate to “grow profitable sales” and build…