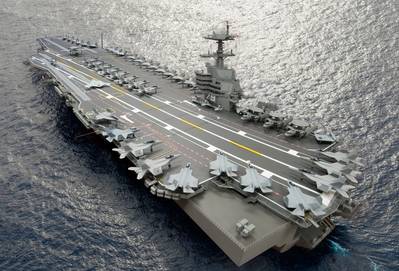 The award of the contract extends the period of performance, adds additional efforts for engineering, planning and material procurement through Oct. 31, and authorizes additional manufacturing efforts.

"This is a critical phase of construction on John F. Kennedy as key material procurement and production activities are taking place every day," said Mike Shawcross, NNS vice president, CVN 79 construction. "It is very important to get a good start on a ship of this magnitude and complexity, and this contract extension allows for those activities to continue and keep the ship on a path for success in meeting our customer's goals."