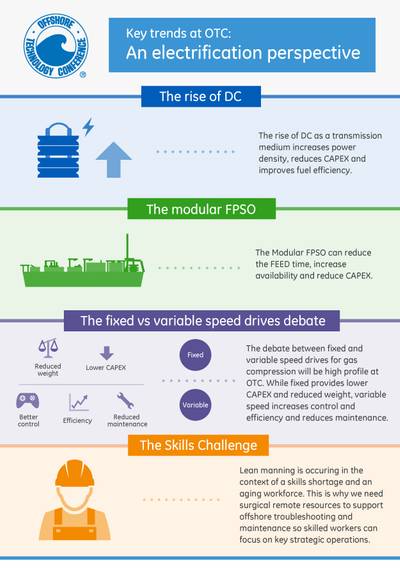 GE’s Power Conversion business (NYSE: GE) has announced that it is working with Daewoo Shipbuilding and Marine Engineering Co., Ltd. (DSME) in South Korea to provide an electrical power and propulsion system for a Norwegian Defence Logistics Organization (NDLO) logistics and support vessel (LSV). GE’s equipment will be installed as a key part of the ship’s hybrid propulsion system, improving fuel efficiency and operating flexibility.

Once completed, the NDLO’s newest LSV, built by DSME, will measure 180 meters in length by 26 meters in beam and have a loaded displacement of more than 26,000 tons. The new vessel is planned to enter service in October 2016.

“The future to keeping navies at sea for longer, further from home ports and with increased resilience is by making them as operationally efficient as possible. A key reason we chose GE’s Power Conversion business for our latest logistics and support vessel is because their technologies makes this possible. Coupled with the vast experience GE holds in this domain globally and most recently on the MARS tankers, we feel they are the strongest partner in helping us make sure the latest LSVs are of the highest performance standards,” said Commander Senior Grade (Cdr SG) Christian Irgens of NDLO.

Hybrid propulsion systems—like the one being used for this project—combine both electrical and mechanical equipment to turn the ship’s propellers throughout the speed operating range. The Norwegian LSV will have two independent propeller shafts each driven via a gearbox by either a large propulsion diesel or a relatively small electric motor. When the ship is operating at moderate or low speeds, the propeller shafts are turned using GE’s electric motors with speed control for each motor being provided by the use of a low-voltage variable speed drive. The electrical power for the motors is supplied from the generators used to supply the remainder of the ship’s services. This reduces the number of generators in operation and often allows those that are in use to be run at a more efficient operating point.

When the ship is required to operate at higher speeds, the main propulsion diesel engines are started and the propellers are now turned, via the gearboxes, by these engines. The propulsion motors now can be operated in the opposite sense as generators, using a small amount of energy from the propulsion engines to supply electricity to the ship’s services. This in turn allows the ship service generators to be shut down once again reducing overall operating hours of the ship’s diesels and saving maintenance cost.

This hybrid configuration is a versatile propulsion solution and is particularly suited to the fluctuating operational scenarios encountered by naval warships and auxiliaries. Using electric propulsion motors powered by the ship’s generating sets to turn the propeller saves fuel, reduces emissions and reduces maintenance costs of the main engines, which can be shut down. The generating sets are running to meet other electrical needs of the ship anyway, so the overall number of hours run by the various diesel engines onboard is reduced.

Not only is GE providing the propulsion motor and variable speed drive equipment to DSME, but it also will supply switchboards, alternators, cargo pump drives and the bow thruster motor and drive. GE Power Conversion system engineers have been working very closely with the DSME shipyard, the NDLO and other equipment suppliers to ensure that the electrical power system is fully integrated and will deliver the efficiency and reliability expected.

“Our electrical drive train technology provides the NDLO with a highly efficient, flexible and integrated power and propulsion system for its critical military operations,” said Mark Dannatt, naval business director for GE’s Power Conversion business. “This project is another example of a growing trend among the world’s navies to use GE’s electric propulsion technology and a good example of how our system design can be tailored to meet the exacting requirements of the owner.”