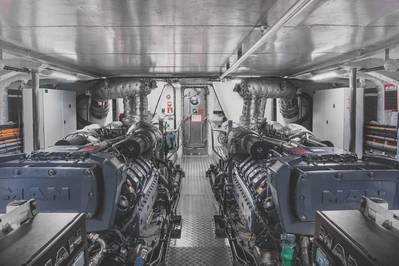 When it comes to the EPA’s recent proposed delay to implementation of Tier 4 marine diesel engines ‘in certain high-speed commercial vessels,’ where you stand probably depends on where you sit.

On September 6, the U.S. Environmental Protection agency (EPA) proposed to delay implementation of Tier 4 marine diesel engines “in certain high-speed commercial vessels.” Specifically; EPA mentions three kinds of vessels: lobster boats, pilot boats and a third, more open-ended reference to “other high-speed vessels,” possibly including hovercraft. The proposal is limited to engines with rated power between 600 and 1,400 kW, with one or two engines, and under 65 feet. EPA would also adjust Tier 4 certification requirements.

Under the Hood
EPA’s proposal starts with a distinction between inspected (by the Coast Guard) and uninspected vessels. Inspected vessels include most freighters, workboats and passenger vessels and these are not part of the proposed delay. EPA writes that inspected vessels “operate low in the water and use very large propulsion engines that do not operate at high speeds.” Furthermore, inspected vessels are typically custom-designed and built, which, for EPA, means that “vessel manufacturers can and have been able to accommodate new-tier propulsion and auxiliary engines in new vessels in a timely manner.”

Uninspected vessels include recreational vessels, non-industrial fishing vessels, very small cargo vessels (less than 15 gross tons), and miscellaneous vessels such as pilot boats, and law-enforcement vessels. These are likely to be smaller, and operate at higher speeds, compared to inspected vessels. And, these smaller vessels start with a common, fixed design, EPA writes, making it harder to incorporate new engines.

EPA says the delay is warranted because of concerns that suitable Tier 4 engines, with tighter NOx control, are not available for certain vessels with unique demands for speed and power. EPA writes that just one manufacturer has certified Tier 4 engines below 1,400,kW. But there are no Tier 4 engines, EPA asserts further, below 1,400 kW with a power density greater than 35 kW/liter.

The Devil in the Details
Tier 4 phase-in started in 2014, and 2017 was the hammer-date for engines rated from 600 to 1,400 kW. This phase-in was to give boat builders and manufacturers time for redesign and to certify compliance. For boat-builders, Tier 4 engine size and weight present challenges.

On the one hand, EPA’s proposed delay is brief. An initial phase would set model year 2022 as the implementation deadline for most engines and installations. Model year 2024 would be a second phase deadline for narrower set of vessels that, EPA believes, “require additional lead time.”

However, delay and phase-in get more complicated because EPA also proposes a waiver system beyond 2024, if Tier 4 challenges continue. EPA also seeks comments on whether it would just make more sense to extend the later phase-in all the way out to 2028.

New Tier 4 engines are bigger and new pollution hardware demands even more space. Hence, the EPA logic says that the Tier 4 engines don’t fit in existing hull models. Plus, the additional heat generated by the Tier 4 after treatment is no small thing, something that operators say will require additional space to protect the live lobsters. Basic construction changes are needed but boat manufacturers, according to EPA, can’t progress with substantive redesign until Tier 4s are available and tested. Hence, the proposal to allow more time, to allow new engines to get in synch with vessel demands. 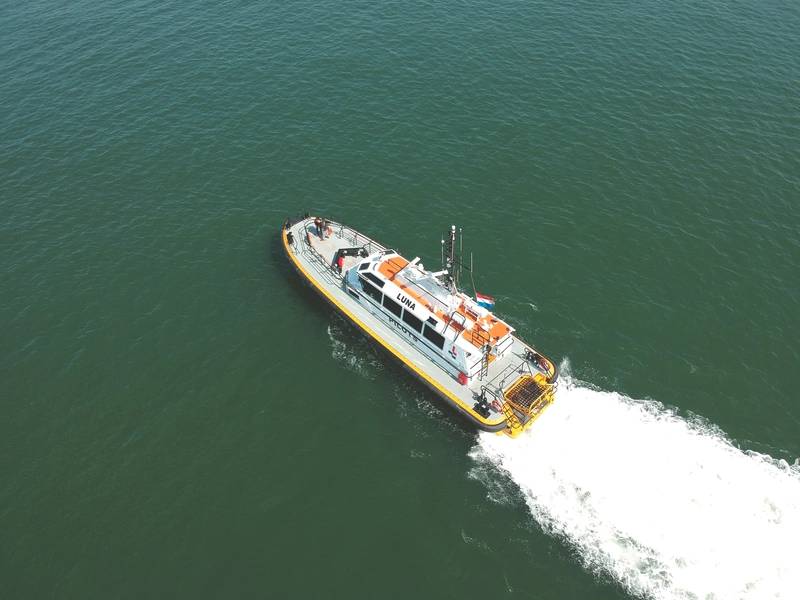 Industry Weighs In
As is customary with EPA’s rulemaking, the Agency solicited public and industry comments. The deadline in this case was October 21. In addition, EPA held a public hearing on September 20 in Bath, Maine.

Separately, many other workboat operators have Tier 4 concerns. Recall EPA’s “inspected” and “uninspected” delineation. That’s arbitrary, assert workboat operators, who insist, ‘we’re facing the same challenges trying to fit throaty power into small workspaces.’ Likewise, Tier 4 has been an issue for American Waterways Operators (AWO) since 2017. A delay was highlighted in a letter to EPA in May 2017: “We are very concerned that, when an AWO member company needs to secure a Tier 4 engine of the correct size and horsepower, there may be none on the market, or the few that are may be very costly.”

Regarding EPA’s current proposal, Jennifer Carpenter, AWO’s executive VP and COO, reiterates these concerns. Carpenter supports EPA’s proposed delay. She writes that towing vessel manufacturers have not been able to accommodate Tier 4 engines and that AWO is not aware of any towing vessel built since 2017, or under construction, with Tier 4 engines less than 1,400 kW (1,877 hp).

Thompson said compliant engines only became commercially available from one manufacturer in 2018, and a second in 2019. He noted initial problems with power loss, with Tier 3 engines on the Mississippi. “When you’re pushing 8,000, 12,000 tons,” Thompson said, “you’re talking about a real critical issue. Northbound on the Mississippi, if you lose an engine, you lose control of your tow.” With Tier 4 adoption, Thompson called for significant testing “before pushing a loaded tank barge full of gasoline, crude oil, or asphalt on our inland waterways.”

At EPA’s hearing, Sehrt described Ingram’s fleeting operations at the intersection of the Ohio and Mississippi Rivers, referring to this locale as a “parking lot” where space is critical for assembling tows. He told EPA that fleeting boats are designed to be as compact as possible, “like the switcher trains in the rail yard.” Maneuverability is paramount, he said. Regarding the larger Tier 4 engines, he continued, “we haven’t done anything as far as being able to figure out how to fit it in the space that we have to operate in.”

Ingram estimates Tier 4 changes will increase the cost of new vessels by $800,000, about three times EPA’s estimated market impact of $255,000. Sehrt focused on another concern. Tier 4s require the use of DEF – diesel exhaust fluid, a urea/water mix sprayed into the exhaust stream to breakdown NOx emissions. Sehrt said that absent demand, DEF isn’t generally available throughout the inland river systems. “A lot of the areas that we operate in are so remote that there is no (DEF) distribution network,” Sehrt said. 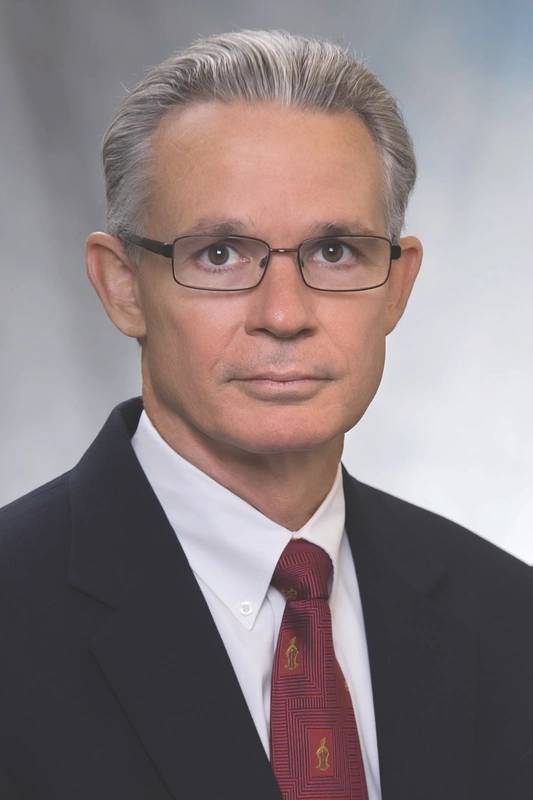 Regarding Tier 4 Engines and SCR & ‘Fleeting boats’: “… we haven’t done anything as far as being able to figure out how to fit it in the space that we have to operate in ... A lot of the areas that we operate in are so remote that there is no (DEF) distribution network.”
– David Sehrt, Senior Vice President and Chief Engineering Officer for Ingram Barge Company

Also at the Bath hearing, Tj Tarabulski commented on behalf of the Engine Manufacturers Association, which includes 28 international engine companies which manufacture land-based and marine engines. Tarabulski said, in general, EMA agrees with the proposed implementation delay. However, EMA does not support additional extensions of the Tier 4 compliance date or any potential blanket extension to 2028.

Tarabulski noted that manufacturers have already expended significant resources on Tier 4 development. Too much of a delay could result in “stranded Tier 4 investments and disrupted Tier 4 product development plans,” he said, adding that “any last-minute revisions should be targeted and limited.” Regarding a possible waiver program, Tarabulski said EMA is opposed except “perhaps of one additional year on a case-by-case basis.”

Otherwise, EMA wrote in comments sent after the hearing, “the additional waiver process could become the exception that swallows the rule, thereby disrupting manufacturers’ long-planned and significantly-capitalized rollout of the Tier 4 standards.”

Ready or Not
The issue of stranded costs, of pulling the rug out from under responsible corporate investments, is a notion that hits at basic issues of equity and program credibility. After all, EPA’s final Tier 4 rule was published in 2008. Tier 4 deadlines are not a surprise. From EPA’s docket, it appears three companies are making Tier 4 engines now. MAN Truck & Bus SE, Cummins and Caterpillar. All are EMA members.

Unlike EMA’s okay for a conditional and limited delay, MAN’s comments to EPA, submitted by Werner Kübler, MAN’s Vice President, Head of Application External Engines, are to the contrary: don’t do it, a delay is not necessary, and it is unfair for businesses that have followed the rules. MAN has Tier 4 engines ready now, Kübler writes. For MAN, the Tier 4 regulations pushed the private sector towards environmentally compliant products. Environmental policy shouldn’t change just because some companies struggled with those goals. MAN calls EPA’s proposal “arbitrary and capricious.”

Kübler writes that “MAN has certified engines available—as of September 3, 2019—in the required power range and power density for the respective marine applications referred to in EPA’s notice.” For EPA’s review, this is new. The September proposal is based on information as of June, 2019.

Kübler disputes the contention that Tier 4 components can’t fit into existing vessel designs. Kübler cites MAN’s development of an “extremely compact solution with a high power-to-weight ratio and significant installation flexibility.” That equipment is already out on the water.

The Dutch Pilot Association, for example, installed two MAN D2862 LE469 engines in their pilot boat Luna in Rotterdam, the first time the selective catalytic reduction (SCR) system was tested at sea. This was for IMO Tier III compliance, due in 2021. The tougher IMO and EPA NOx standards are not apples-to-apples but the important point is that the Luna and these bigger engines perform as expected, even with additional demands for SCR hardware. Top speeds exceed 30 knots. In a press release MAN concedes that while its system is compact, installation was a challenge. “We are learning as we go along,” MAN said.

MAN officials were asked about comments that Tier 4 engines have not been available in the quantities necessary for broad implementation. In other words, does limited supply justify delay?

Florian Schaffelhofer, a MAN press officer, wrote that Tier 4 high-speed engines, and parts as necessary, can be delivered within about 12 weeks, standard timing for MAN. Indeed, some engines are in stock at MAN’s Florida facility. Hence, says MAN, Tier 4 lead times are no different from that experienced for Tier 3 orders.

For its part, and with the comment period now ended, EPA also did not respond to questions about when a decision to delay, or not, will be announced. It is an important issue. The VW settlement money and DERA grants give existing operators plenty of incentive – and much-needed cash – to upgrade legacy power plants. The only question left to answer is what exactly they will do, and why. 2020, therefore, promises to be an interesting year when it comes to workboats and marine propulsion. 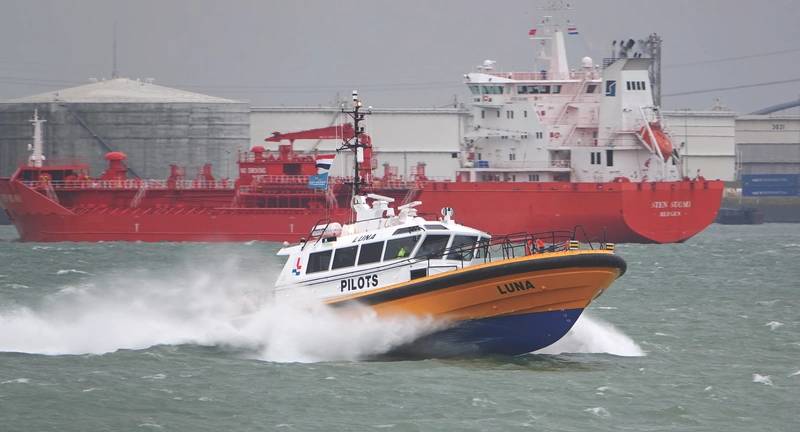 The pilot boat Luna (Port of Rotterdam), with twin MAN turbocharged engines, has a top speed in excess of 30 knots. (Credit: MAN)

STADT AS, SH-Defence in Collab to 'Future-proof' Marine Propulsion Solutions