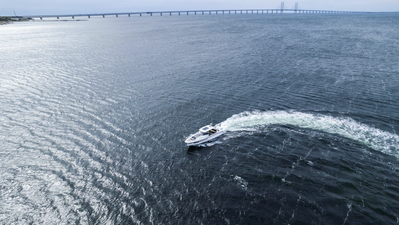 Diesel outboard manufacturer OXE Marine said it will use biodiesel for all development and testing of its products going forward.

The company said it has decided to implement HVO100 in all development and testing after its recently published sea trials showed the company’s 300 hp diesel outboard OXE300 was tested against a gasoline outboard of equivalent power, where OXE Marine showed not only a 50% higher consumption in the gasoline outboard but a reduction of 92% net CO2 emissions compared to the gasoline alternative.

As a step in the engineering process, OXE Marine performs extensive testing of their diesel outboards OXE200 and OXE300. Due to the efficient diesel powerhead, OXE Marine products are already lower in fuel consumption than gasoline powered outboards of equivalent power.

“From a sustainability perspective these numbers are incredibly good news and given the heavily reduced environmental impact we want to increase our own usage of HVO100. The switch to fossil-free HVO100 on our test boats was the obvious next step,” says Anders Berg, CEO of OXE Marine AB.