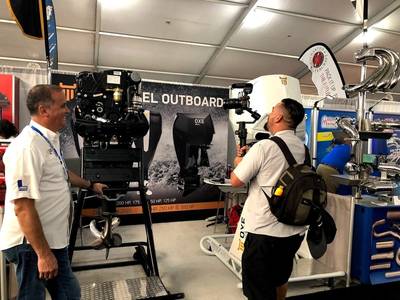 Boarding a BRIG 730 with drone and camera in hand, Montaner documented the quiet yet powerful ride of CIMCOs diesel outboard. Montaner captured many highlights on the advantages and features OXE has to offer; including its crash stop capabilities and fuel burn.

Cruising over thirty knots, the OXE was burning about eight gallons per hour! Since Montaner's YouTube publication was uploaded roughly one week ago, the video has received over 200,000 views. It's not often one sees an outboard go viral, but when it does, it's an OXE.