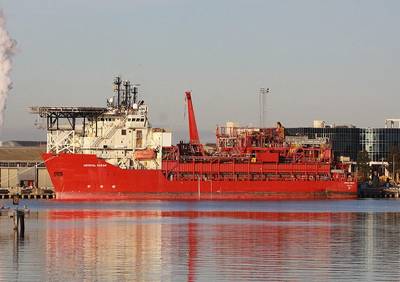 The Floating Production Storage & Offloading vessel (FPSO)  will be used in the production development project of the area known as Iracema Norte, in block BM-S-11, in the pre-salt of Santos Basin. The project includes the interconnection of 16 wells to the FPSO - 8 production and 8 injection wells - and production is expected to start in December 2015.

The FPSO will be deployed 300 Km off Brazil's coast, at a water depth of 2,234 meters. The platform will have a processing capacity of 150,000 bpd of oil and 8 million m3/day of natural gas. It will be operated by the companies responsible for the construction and chartered to the Consortium for a 20-year period. The schedule of the project determines the delivery of the FPSO 35 months following the signature of the Letter of Intent.