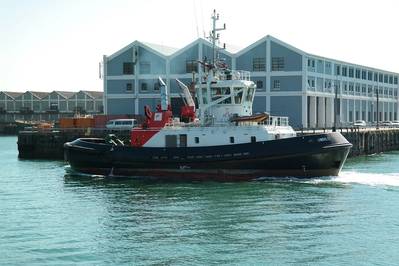 Transnet National Ports Authority has redeployed a new tug to the Port of Cape Town, as Tug UMBILO went into service recently after being redeployed from the Port of Durban.

Built in 2017, UMBILO was the sixth of nine new vessels to roll off the production line as part of $95 million tug construction contract being executed by Durban ship builder Southern African Shipyards. The Port of Cape Town also took delivery of tug USIBA last year, originally intended for the Port of Richards Bay.

TNPA’s newest tugs all feature the latest global technology such as Voith Schneider Propellers and each is 31 meters long with a 70-ton bollard pull (TBP).