Propulsion is the Next Step for Survitec's MES 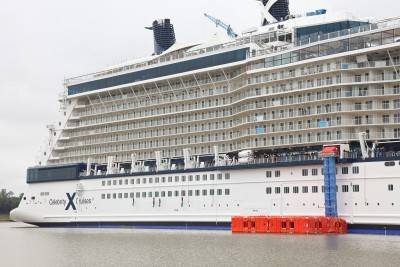 Survitec Group wants to combine the benefits of chute evacuation with the advantage of propulsion, a feature that is normally the preserve of a traditional davit launched lifeboat.

The new technology is being seen as the natural progression to Survitec's existing range of MES solutions but, according to Richard McCormick, Group Head of Sales for MES, it is more than an evolution of the company's MES concept.

"The AES will be a revolutionary step forward in terms of design and functionality.  It looks more like an inflatable boat than a liferaft although it will be similar to a MES in the way it deploys, with passengers evacuated via an escape chute.  However, it will be nothing like our existing MES products," said Richard.

By adding propulsion to an MES style survival product, Survitec is effectively removing the last objection to the replacement of traditional lifeboats.  Today, MES is the preferred option for most new builds within the cruise and ferry sector.  Super ferries like P&O's the Spirit of Britain and Spirit of France do not carry any lifeboats. They are wholly equipped with MES solutions supplied by Survitec.


Explained Richard: "With many of the recent disasters at sea we see a chain of events where the human element has been a significant contributory factor. Our aim is to develop solutions that remove crew fallibility. At a time of high stress the less they have to do the better. At some point in the future even the decision to deploy an evacuation system will be made by the ship's computer.  Highly functional safety equipment that requires simple crew actions is the direction the industry is heading."