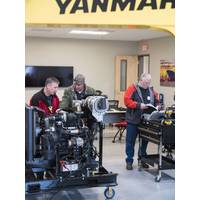 YANMAR and the American Boat and Yacht Council (ABYC) are teaming up to conduct marine technician certification courses at Yanmar Academy which is located at the new YANMAR Evo Center in Acworth, Georgia.A YANMAR trainer will facilitate the course with ABYC’s guidance and certification materials, making ABYC Certification more accessible than ever for rising marine technicians.YANMAR Academy brings a systematic approach to training with a variety of course offerings for YANMAR product lines…

When the 172-year old tall ship Charles W. Morgan sets out on its historic 38th voyage on June 14, it will benefit from safety enhancements that were unheard of at the time of its construction – including a pair of Xantrex Freedom SW 24V - 3000W/75A inverter/chargers that deliver a full 6,000 watts of continuous electrical power. Built in 1841, the Charles W. Morgan is the last of an American whaling fleet that once numbered more than 2,700 vessels. Over an 80-year whaling career, it embarked on 37 voyages, most lasting three years or more.

Tomorrow, the National Marine Manufacturers Association (NMMA) kicks off a third summer season of alternative biofuel testing in an effort to further advance marine engine technology and find an alternative to fuel containing more than 10% ethanol as a result of its damaging effects on marine engines. The tests are funded by the Department of Energy which released a 2011 report on engines using E15 revealing performance issues like stalling, corrosion leading to oil or fuel leaks, increased emissions and damaged valves, rubber fuel lines and gaskets. 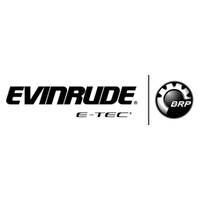 BRP begins a program to test butanol-extended fuel in a variety of recreational marine engines for Argonne National Laboratory, in collaboration with the U.S. Department of Energy’s Vehicle Technologies Office. Butanol-extended fuel will be tested as an alternative to gasoline containing 15 percent ethanol (E15). The U.S. Environmental Protection Agency (EPA) granted a waiver allowing up to 15 percent ethanol in gasoline. According to industry test data published last October, E15 can cause significant damage to marine engines.