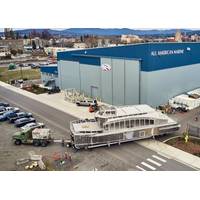 All American Marine, Inc. (AAM) won a contract by SWITCH Maritime (SW/TCH) to complete the aluminum construction and outfitting of a 70-foot 84-passenger zero-emissions, hydrogen-powered, electric drive ferry that will operate in the California Bay Area (referred to as the ‘Water-Go-Round’ project).Prior to transfer to AAM, the project had begun at Bay Ship & Yacht shipyard in Alameda, Calif. where the aluminum hull and superstructure had been started. Bronson Lamb, AAM Marketing Manager… 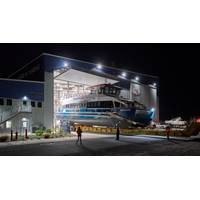 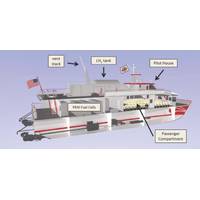 A primer on the way forward for alternative fuels for marine propulsion. By now, many of us have been passed by a garbage truck, taken a ride on an airport bus or hailed a taxi cab that is clearly labeled by their respective marketing departments that these vehicles are powered by clean burning natural gas. Even now in our own maritime industry, some trendy operators are looking to make the case for liquefied natural gas (LNG) propulsion systems, others are opting for hybrid-electric solutions, and some are even aiming for full electric configurations. 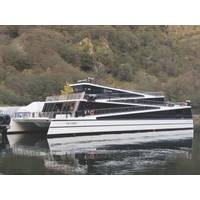 All bets would have been lost if one was to predict that I would never find one of the most advanced and modern workboats in the heart of the Norwegian Fjordlands. Sure enough, if you make the trek to Flam through nearly 50 tunnels in between the prominent towns of Bergen and Oslo, you will behold such a craft. The 40 meter Vision of the Fjords was recently constructed by Brødrene Aa shipyard in Norway and delivered to The Fjords AD earlier this year in June. The vessel is simply striking… 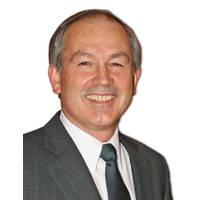 CEO, Matthew Mullett, acquires complete control of All American Marine from founder partner Pat Pitsch. Mullett joined AAM as CEO in 1999 and has served as the managing partner of the shipyard since he became co-owner in 2003. Under Mullett’s leadership, the small boat builder has grown to become an award-winning and internationally known entity. Originally known for their 32’ aluminum bay boats and 6-pak charter boats, the company has since diversified their product line to include highly complex patrol boats, research vessels, survey boats, and high speed passenger ferries. 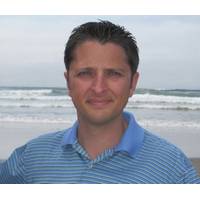 Vessel Design with the Crew in Mind

Before any keel is ever laid, naval architects spend considerable time in determining how exactly the vessel must come together. All great marine craft still need skilled and competent crews to make them maneuver and perform as their design intended. With their feet on the deck plates, crewmen have perhaps the best insight as to what works and what does not when it comes to highly functional vessel design. It happens more often than vessel owners will care to admit, but complete specifications have been written and contracts signed without bringing a single mariner to the table.