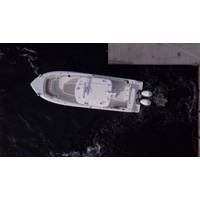 A revolutionary “assisted docking” system that provides a glimpse into the future of boating will be demonstrated at two upcoming events by Mercury Marine and Raymarine aboard a Boston Whaler Outrage. The first event will take place at Mercury’s famed Lake X test center and another demonstration to take place at the 2019 Miami International Boat Show. Integrating Raymarine DockSense assisted-docking is a natural “next step” for Mercury, which introduced Zeus joystick docking, an advanced joystick system for pod drives, in 2007. 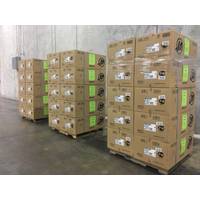 Mercury Marine, in an effort to help in the recovery mission in the wake of Hurricane Harvey, said it has donated multiple boats and engines to the affected areas. This week, Mercury deployed 30, 6hp outboard engines as well as 10 inflatable boats to be sent to the command center in Texas. In addition, the company donated a 40hp outboard engine to Boots on the Ground, a nonprofit organization dedicated to empowering veterans and qualified civilians to provide in-field emergency and primary medical care. The state command center in Texas has also identified the scarcity of life jackets. 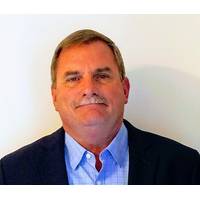 Marine Jet Power, Inc. (MJP) has hired Philip Gibson as Director of Sales, responsible for sales and business development efforts in North, South and Central America. Gibson brings to the role more than 30 years’ military maritime experience, having most recently served as a Regional Sales Manager for Brunswick Commercial & Government Products (Boston Whaler). He retired from the U.S. Navy in 2005 with the rank of Master Chief Petty Officer, where he served as a U.S. Navy SEAL and advisor to the international military and police forces for riverine and counter-drug operations.

After recently celebrating its 40th anniversary, Florida Marine Tanks announced it has achieved another milestone with the award of two U.S. patents: the first for its fuel tank with internal evaporative emission system, U.S. patent 8,807,162, and another for its fuel tank with internal fuel shutoff system, U.S. patent 8,807,160. Both help Florida Marine Tanks' products comply with EPA regulations on diurnal emissions. "Being awarded these U.S. patents is validation of our company's hard work and quality products. 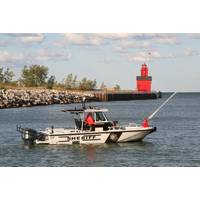 Brunswick Commercial & Government Products (BCGP) deliver a Boston Whaler 27' Vigilant patrol boat to the Ottawa County (MI) Sheriff's office. The Sheriff's office is tasked with law patrol, law enforcement, and fire suppression activities for the local river, which includes three harbors and a power plant, and to fulfill these tasks, the Sheriff's Office chose a commercially built Boston Whaler walkaround cabin model. The boat is powered by twin Yamaha engines, and includes the newest fire pump offering from BCGP, a 130 hp Mercruiser that mounts inside the cabin, leaving the deck clear. 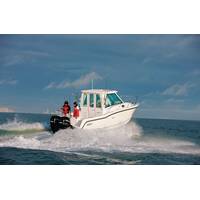 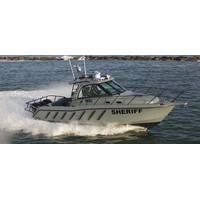 Brunswick Commercial and Government Products (BCGP) delivered a 350 Challenger to the Lorain County Sheriff’s Department in Ohio, where it will be used to patrol the border between the U.S. and Canada on Lake Erie. The Sheriff’s Department is part of a 58-agency task force known as the Northern Border Initiative (NBI). This task force is funded through federal security grant funds administered by the Ohio Department of Public Safety, Division of Homeland Security. The 350 Challenger is a new Boston Whaler model manufactured by BCGP for military…