Thordon Bearings, the provider of bearing solutions for marine, has signed sales and distribution agreements with St. Petersburg-based Industrial & Marine Projects (IMPRO) and Tallinn’s Marine Ecology Equipment (MEE), in a development that anticipates the introduction of more stringent pollution rules for European waterways.The appointment of new distributors for Lithuania, Latvia, Estonia, Russia and Azerbaijan coincides with concern that more should be done to reduce the impact… 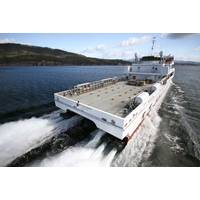 The world’s largest Fast Crew Boat has recently been launched by Incat Tasmania’s shipyard on the 15th of September 2014. This DP2 class 70m Fast Crew Boat (FCB) will be operating as a fast crew transfer vessel to various installations in the Caspian Sea and has a semi-SWATH hull design with active ride control, which will provide a more comfortable ride and reduce stress on the crew and passengers. Named the ‘Muslim Magomayev’ the boat has approx. 200 metric tons deadweight and is capable of carrying 150 passengers and 14 crew… 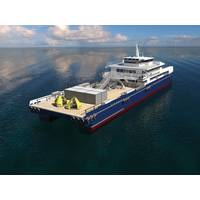 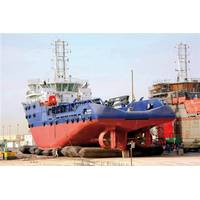 Abu Dhabi-based Adyard has delivered two AHTS vessels equipped with MAN L27/38 propulsion packages. The two Topaz Energy & Marine 67-metre (80-ton bollard pull) vessels are ready for anchor handling tug supply services and the transportation of dry and liquid cargo to and from pipe-laying barges, drilling platforms and production platforms for offshore operations. The Topaz Dignity will operate on behalf of BP, the oil and gas major, on a long-term-contract basis in the Caspian Sea – whilst Topaz Triumph may remain in the Middle East and be operated by Topaz Marine MENA. 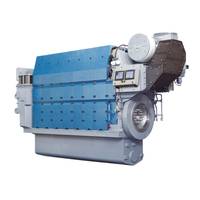 L27/38-Powered Vessels to Operate for BP and Topaz Marine 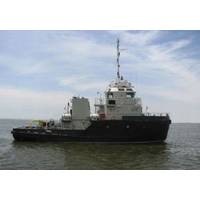 JSC Astrakhan Ship Repair Plant have built and delivered a new harbor hug to the Caspian Flotilla. Project 705B harbor tug was deigned specially for the Caspian Sea and the estuary of the Volga River. The ship is equipped with up-to-date navigation aids GLONASS, communication and automation equipment. Basic features of the ship is high navigability and shallow draft (0.28 meters) making possible to navigate in shallow waters of the Volga River, the Volga-Caspian Canal, and northern zones of the Caspian Sea. Two 800-shp engines make the vessel capableof towing any ship in the Caspian Flotilla.

Kazakhstan’s President Nursultan Nazarbayev & Eni CEO Paolo Scaroni consulted in Astana during the VII Kazernergy Eurasian Forum. During the meeting, described as cordial and constructive, Eni's CEO shared the developments and results of the company's ongoing activities in the country with the President, affirming Eni's positive vision of the primary importance projects that Kazakhstan presents, such as the Kashagan and Karachaganak. The President was informed of joint projects for building a shipyard in the Caspian Sea and a gas turbine power plant in West Kazakhstan region.

Topaz signs over $65 million of new charters and announces the acquisition of two AHTS. Renaissance subsidiary, Topaz Energy and Marine (“Topaz”), a UAE-based oil field services company, has been awarded two new long term charters, totalling over $65 million, in the GCC and the Caspian Sea, two of the company’s major operating areas. It also confirms the acquisition of Topaz Rayyan and Caspian Reliance, two Anchor Handling Tug Supply Vessel (AHTS). Topaz Rayyan, will be deployed in Qatar on a seven-year, $50 million charter, for an international oil company (“IOC”). 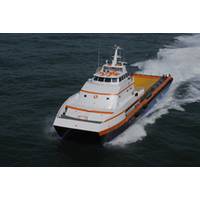 More than a decade ago, deepwater oil production in the Gulf of Mexico surpassed shallow water output for the first time ever. These days, rigs are found hundreds of miles offshore. Companies need to get equipment, employees, fuel and mud to those sites economically and usually on a tight schedule. Gulf marine companies are trying to meet those requirements by increasing the speed, size and energy efficiency of their vessels--though not necessarily all at once. Shane Guidry, Chief Executive Officer of Harvey Gulf International Marine…

STX Norway Offshore has signed contracts for the building of two icebreaker tugs to JSC Circle Marine Invest. The vessels will be delivered in 2011, and the total value of the two contracts amounts to approximately $71.4m. JSC Circle Marine Invest will through its subsidiary Caspian Offshore Construction in Kazakhstan operate the vessels in the Kashagan field of the northern Caspian Sea. The vessels are designed by the STX Europe subsidiary Aker Arctic, and have a length of 213.2 ft and a beam of 53.8 ft.