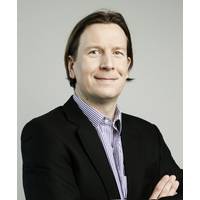 Interview: A Return to Wind Power with Tuomas Riski & Norsepower

Norsepower CEO and co-founder Tuomas Riski has put a new spin on some established technology, bringing wind power back to shipping in an undeniably eye-catching manner. Here Nor-Shipping’s latest ‘Ocean Action Hero’ explains the benefits of his firm’s unique technology, his plans for building global market presence, and the key role Norsepower’s sails can play in enabling a more sustainable shipping industry. “But isn’t there a problem that some people think it looks, you know… a bit odd?” Tuomas Riski laughs at a question that you quickly get the feeling he’s dealt with before. 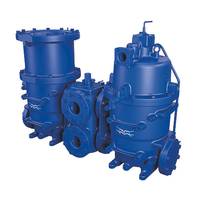 The Alfa Laval Moatti 290 filter for hydraulic control oil (HCO) has been approved by MAN Diesel & Turbo on its modern two-stroke engines following validation tests aboard three Stena Bulk IMOIIMAX vessels.The Alfa Laval Moatti 290 filter is a high-performance solution suited to the new generation of MAN Diesel &Turbo two-stroke engines, in which hydraulic control systems have replaced traditional camshafts. The valves of these systems are actuated by a small flow of lube oil, which must be very finely filtered without creating additional pressure drop. 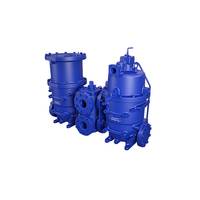 A manufacturer of two-stroke engines has agreed to validation tests of an Alfa Laval hydraulic control oil (HCO) filter . The approval to test the final HCO filter design comes after concept testing on the crude oil tanker Stena Suède. Alfa Laval describes its HCO filter as a high-performance solution for the new generation of two-stroke engines where traditional camshafts have been replaced by hydraulic control systems. The hydraulic control system core components are dedicated valves fed with oil from the main system flow, which must be finely filtered with minimal pressure drop. 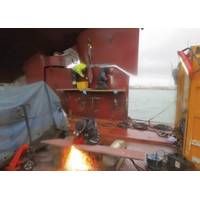 In December the rudder of a 250-meter crude oil tanker started showing wrong readings. An inspection uncovered that the rudder was not calibrated correctly and that its movements did not match the readings. The ship was unable to sail any further and an on-site solution was needed. A Hydrex diver/technician team therefore mobilized to Le Havre, France to perform an emergency repair operation. After arriving, the Hydrex team performed a detailed inspection of the rudder. This revealed that the rudder pintle needed to be removed to perform a permanent repair.

Fire broke out in tankship 'Union Brave' while being cut up for scrap in the Alang, India, ship-breaking yard. Five migrant workers were burnt alive, while two critically wounded were taken to a hospital at Bhavnagar. Crude oil tanker Union Brave touched Alang ship breaking yard on September 1, 2012, and after getting necessary permissions from the authorities concerned, it was being dismantled, reports DNA. Fire suddenly broke out during cutting procedures in the oil cargo tank. Firemen cut up a portion from the bottom of the ship and got control over the fire.