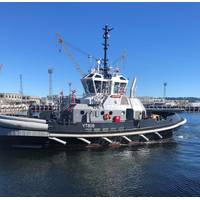 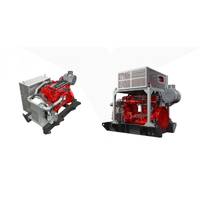 Power solutions provider Cummins announced its new X15 Stage V solution for vessels operating on European inland waterways will launch in 2021. The Stage V certified product offers a power range from 500 to 600 hp (373 to 447 kW) for key applications including bow thrusters and main propulsion.“Cummins’ X15 Stage V solution is an integrated engine and aftertreatment package designed and developed in-house. This delivers the optimum balance of performance and efficiency adhering to the latest emissions standards… 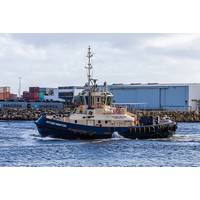 Engines manufacturer Caterpillar announced Tuesday it has signed a global services agreement with the the world’s largest tug operator, Svitzer, covering more than 100 vessels powered by Cat Marine engines in 30-plus countries. A focused Caterpillar team working with the global Caterpillar dealer network will execute the terms of the contract, which is designed to increase vessel uptime, drive service efficiency and extend Svitzer’s overall service experience.With towage operations serving 34 terminals and 120 ports in the Americas…

Yanmar Europe BV said it has signed an agreement with the Danish independent service provider VMS Group A/S as a new service agent for commercial marine engines and spare parts. As of today, VMS Group is a registered agent to service Yanmar medium and high commercial marine engines.Kim Rasmussen, CCO of VMS Group, sees great opportunities and good potential in the wide range of marine engines that Yanmar offers. “Due to our many years of experience in the marine business we know Yanmar as a manufacturer of efficient, strong and reliable engines. 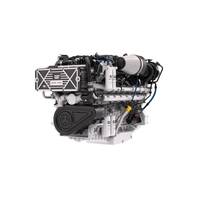 Caterpillar Marine has rolled out its new Cat C32B 2,000 HP (2025 MHP) marine engine with a rated engine speed of 2,300 rpm. This engine meets emerging market demands and expands the power capability of the C32 high performance product line, delivering a 5% power increase over existing C32 ratings.The new model shares a similar look, as well as most of the same connection points and footprint of the current C32 engine, and it will be available with the same emissions certifications as the current C32 ratings… 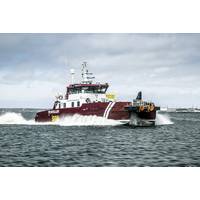 The past few months have been full of uncertainties and even as we look ahead, we don’t know exactly what the future will hold. But we do know that as an industry, we’ll need to prioritize and plan differently. Within the Volvo Penta organization, the team is working hard to understand how to adapt our business as the world around us continues to adjust to a changing economic and societal landscape.As I reflect on what’s transpired since the start of the pandemic, I’m proud of the professionalism and creativity shown by our Volvo Penta team in rising to the challenges.I’ll give you an example.

Yanmar Marine Internationalhas appointed Julio Arribas as its South West European Regional Manager, a position that encompasses the roles of General Manager of both Yanmar Equipment Iberica, S.L. and the newly-established Yanmar France SAS.Arribas will spearhead the launch of Yanmar’s strengthened distribution operation and selective dealer network in France after the leading engine and propulsion specialist opened a new sales and customer representative office in La Roche-sur… 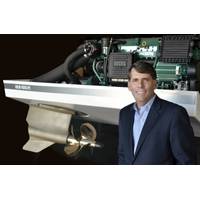 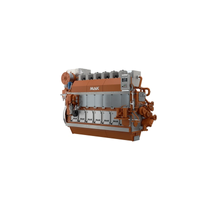 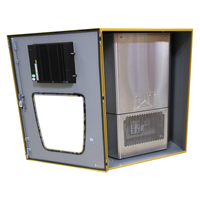 Caterpillar Marine has unveiled its new Multi-Engine Optimizer (MEO) tool, which leverages proprietary performance data and patented control algorithms to provide intelligence for power management systems. MEO works by advising power management systems on which engines to operate and enables the use of dynamic asymmetric loads to drive the combination of engines and loads to create the lowest possible fuel consumption. “MEO is designed to operate in conjunction with any system, new or retrofit,” said Theodore Wiersema, business process manager for Caterpillar Marine. 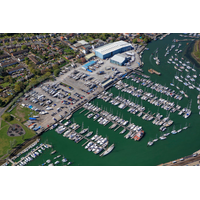 British marine diesel innovator Cox Powertrain has announced Berthon as the sole U.K. and Ireland distributor for its high powered, low weight diesel outboard engines, the first of which, the CXO300, will be launched next year. From its Lymington base, Berthon will be responsible for sales of the engines in the Solent and along the south coast and will hold stock of new engines and spare parts at its warehouse. It will also provide servicing and technical support. A U.K. dealer network will be established by Berthon at strategic ports around the coasts of England… 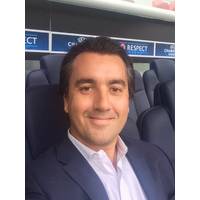 BRP has appointed Olivier Pierini to fill the position of director of global marketing and strategic planning for the Marine Propulsion Systems Division (MPS). In this new role, Pierini is responsible for leading the MPS team to deliver its marketing strategy that includes reinvigorating the Evinrude brand and helping to define its mission, vision and purpose in the marketplace. His primary focus includes identifying the most impactful commercial marketing strategy for the company’s groundbreaking design efforts…

Mercury Marine that it has entered in to an exclusive distribution agreement with Supratechnic Pte Ltd, one of the largest marine distributors in Asia, based out of Singapore. This partnership will allow Mercury to expand and build a regional distribution channel in Southeast Asia that will include all of Malaysia, Indonesia, Singapore and Brunei. "This new relationship will allow Mercury to further penetrate the commercial market in Asia, giving us the opportunity to grow both in product range and territorial expansion," said John Pfeifer, Mercury Marine president.

Volvo Penta of the Americas conducted a custom training course in Cancun, Mexico recently, providing full instruction in the assembly, repair and alignment of IPS engines for its regional dealer network in Mexico and Central America. Seventeen technicians attended the series of five-day, Spanish-language classes held at Pirate Marine in Cancun. They received a full training on Volvo Penta’s IPS forward-facing propulsion system, along with EVC accessories and Vodia diagnostics for IPS. 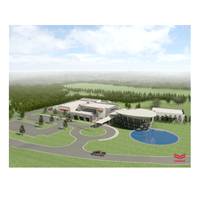 YANMAR America, a global manufacturer of advanced performance Industrial and Marine Diesel Engines and Generators; Compact Construction, Agricultural and Utility Task Vehicle equipment and gas engine based Energy Systems, is excited to announce that it has invested $20 million and acquired 50-plus acres of land in Acworth, Georgia to build a new training and customer experience facility. The new facility is slated to open in August 2017 with an official groundbreaking ceremony at the site on November 16, 2016. “YANMAR is proud to continue our investment in the North American market. 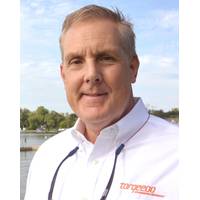 Torqeedo, provider of commercial and recreational marine electric propulsion, has added Mike Shafar and Jim Sinnott as sales managers, as the company continues to expand its North American reach. “Over the past 12 years, Torqeedo has grown from an idea in a boathouse to an international company with a presence in over 50 countries on five continents,” said Steve Trkla, president and general manager of Torqeedo, Inc. Shafar is responsible for managing and growing Torqeedo's North American OEM, retail and distribution business.