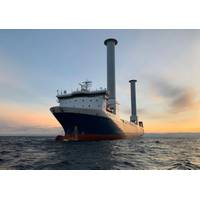 Auxiliary wind propulsion systems provide Norsepower said it installed the world’s first tiltable Rotor Sails for SEA-CARGO, a logistics provider in the North Sea market.According the analysis conducted by Norsepower and SEA-CARGO, installation of the two 35-meter tall Rotor Sails on board the SC Connector, a 12,251 gross tonne (GT) sidedoor RoRo vessel, can achieve a fuel consumption, fuel cost and carbon emissions reduction of up to 25%. In good wind conditions, the sailing… 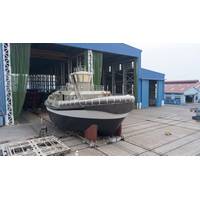 One of the world’s first fully-electric ship-handling tugs was launched into the water at Song Cam Shipyard in Vietnam, on December 4. Damen is building the vessel, a 70 tonnes bollard pull RSD-E Tug 2513, for New Zealand’s Ports of Auckland, which aims to be a zero emissions organization by 2040.With its ambitious goal in mind, the organization approached Damen with the question – was a fully-electric, zero emissions tug a possibility?Damen, with its own goal to become the world’s most sustainable shipbuilder, said it was keen to take up the challenge. 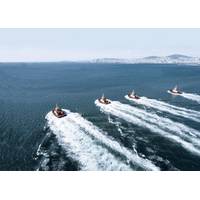 Turkish boatbuilder Sanmar Shipyards has signed a framework agreement with Schottel  that makes the German propulsion specialist the exclusive supplier of thrusters for the Bigaçay class tugs for two years.“The agreement puts Sanmar in a position of a contractual partner offering the latest propulsion technology with Schottel exclusively providing our shipyards with two 2,700 kW rudderpropellers type SRP 560 CP for each vessel of the Bigaçay tugboat class,” said Hakan Tunc, Head… 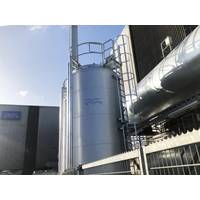 Alfa Laval says its 2800 m2 testing space – already equipped for today’s oil and gas fuels – has been readied for testing with biofuels. In coming years,  as the marine industry races to slash greenhouse gas emissions, the center will accumulate knowledge to aid maritime decarbonization.Located in Aalborg, Denmark, the Alfa Laval Test & Training Centre is a core component of Alfa Laval’s own research and development. It is also a site for collaboration with industry partners and research institutes… 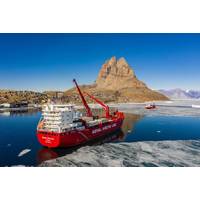 A new patented and class-approved on-top system for intelligent engine management promises a 10% reduction in a ship’s fuel consumption with a payback period less than 18 months, says the solution's developer Frugal Technologies. To date, the system, Frugal Propulsion, has been installed and tested on four cargo ships at different shipping companies, resulting in average fuel consumption savings of 10-15% after a run-in period. For many feeder ships, ro/ro vessels, chemical tankers and ferries will correspond to 2-4 tonnes of fuel per day.In fact… 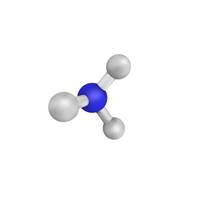 Innovation Fund Denmark, the Danish investment entity, has announced the establishment of a consortium to develop a two-stroke, ammonia-fueled engine for maritime shipping. It aims to specify and demonstrate an entire, marine-propulsion system that will pave the way for the first commercial order for an ammonia-fueled vessel.MAN Energy Solutions will lead the consortium that also numbers: Eltronic FuelTech, the Danish fuel-system supplier; the Technical University of Denmark (DTU); and DNV GL, the leading classification society. 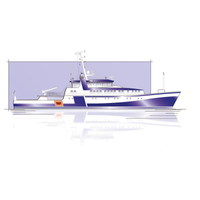 A new fishery inspection vessel ordered by the governmental Danish Fisheries Agency and under construction at the Hvide Sande Shipyard in Denmark will be equipped with propulsion systems from German manufacturer SCHOTTEL.The new vessel will be driven by two SCHOTTEL EcoPellers type SRE 360 CP (1,500 kW each) featuring a propeller diameter of 2.3 meters. Latter ones will be driven by electric motors. According to SCHOTTEL, the thrusters allow economical operation of the newly built…

Yanmar Europe BV said it has signed an agreement with the Danish independent service provider VMS Group A/S as a new service agent for commercial marine engines and spare parts. As of today, VMS Group is a registered agent to service Yanmar medium and high commercial marine engines.Kim Rasmussen, CCO of VMS Group, sees great opportunities and good potential in the wide range of marine engines that Yanmar offers. “Due to our many years of experience in the marine business we know Yanmar as a manufacturer of efficient, strong and reliable engines. 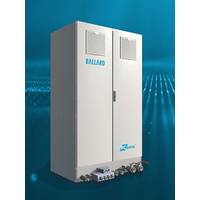 Ballard Power Systems has launched what it says is the fuel cell industry's first module designed for primary propulsion power in marine vessels. Ballard's says its FCwave fuel cell product is a 200-kilowatt (kW) modular unit that can be scaled in series up to the multi-megawatt (MW) power level.The FCwave product provides primary propulsion power for marine vessels – such as passenger and car ferries, river push boats, and fishing boats – as well as stationary electrical power… 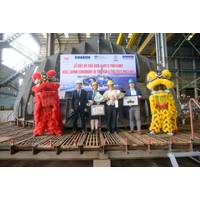 In Vietnam, Damen Song Cam Shipyard, together with joint venture partner Song Cam Shipyard hosted a keel-laying ceremony Tuesday for the electric RSD-E Tug 2513 that Damen is building for the Ports of Auckland, New Zealand.A fully electric version of Damen’s standard RSD Tug 2513, the new RSD-E Tug 2513 is the world’s first fully electric tug with 70 metric tons bollard pull. It will contribute toward meeting Ports of Auckland’s goal of being a zero emissions operation by 2040. 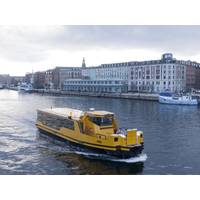 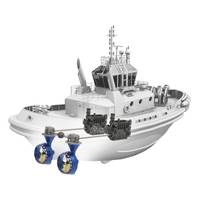 German propulsion manufacturer SCHOTTEL said it has been awarded a contract to supply UZMAR Shipyard with rudder propellers featuring the patented hybrid system SYDRIVE-M. The Turkish shipyard is currently building a 30.25-meter-long and 11.75-meter-wide RAmparts 3000 series tugboat for the Port of Aarhus, Denmark’s largest container port.The new tugboat, which is scheduled for delivery in summer 2021, will ensure greener operations and higher efficiency when it goes into operation at the Port of Aarhus. 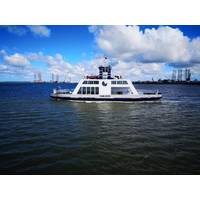 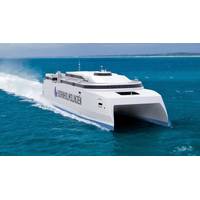 Wärtsilä said it will provide the propulsion solutions for a new 115-meter high-speed ferry being built by Austal at the Australian shipbuilder’s yard in the Philippines for Danish operator Molslinjen.The newbuild will feature four Wärtsilä 31 engines, recognized by Guinness World Records as being the world’s most efficient four-stroke diesel engine, and four Wärtsilä WXJ1500SRI waterjets. Wärtsilä will also supply its ProTouch bridge controls system. The order with Wärtsilä was placed in May this year.“This combination of the Wärtsilä 31 engine and WXJ waterjets is unique for fast ferries… 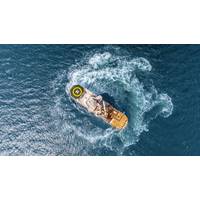 Schottel to Power 'Wind of Hope'

Schottel will provide a range of propulsion systems for Louis Dreyfus Armateurs's second wind farm service operation vessel (SOV) the Wind of Hope.The new walk-to-work vessel, a sister vessel to the Wind of Change SOV, is currently under construction at Cemre shipyard in Turkey and will enter service operating under a long-term contract with Ørsted.The propulsion system of the vessel designed by Salt Ship Design vessel is powered by four diesel generators, which drive the electric motors of the Schottel propulsion package. 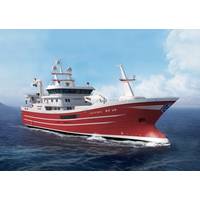 Wärtsilä said it will supply a propulsion and power package for a new 75-meter-long fishing trawler being built at the Karstensen shipyard in Denmark for Scottish owners and operators Wiseman Fishing Co and Northbay Fishing Co.The vessel will feature a Wärtsilä 31 main engine, two Wärtsilä 14 power generating sets, a gearbox and a controllable pitch propeller (CPP), the combination of which represents the latest engine and power generation technology. The Wärtsilä equipment is scheduled for delivery to the yard in spring 2021.In designing the trawler… 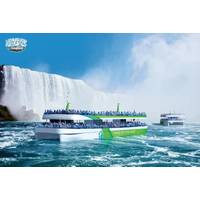 Ferries have pioneered zero-emission technology deployment for good reason. Short routes and regular port visits provide opportunities for shipboard stored energy technology, and it is the commercial case that is turning the tide towards zero emissions where the ferry market is concerned. Supported by shoreside charging infrastructure, a fully charged battery pack can be used to propel a ship along a predictable route at relatively low operating cost and little wear and tear,… 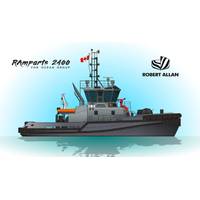