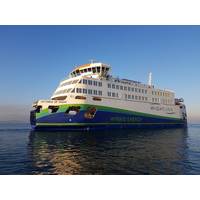 A new project, FLO-MAR, has attracted funding from MarRI-UK’s Clean Maritime Call to assess the feasibility of using flow batteries in vessels to enable zero-emission marine propulsion and auxiliary power. Four UK organizations will work together on the project to investigate how the design of electric and hybrid ships, from ferries through to tugs and wind farm vessels, can be optimized to accommodate flow batteries and to assess the advantages this technology offers in comparison with existing lithium-ion batteries and hydrogen fuel-cells. 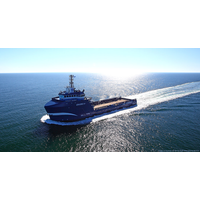 ABS has been selected to class two Offshore Supply Vessels (OSV) being retrofitted with a battery/converter system by Harvey Gulf International Marine.The Harvey Energy will become the first ABS-classed dual fuel and battery vessel and the first U.S. flagged OSV equipped with a battery/converter system. The Harvey Supporter will become the second vessel in the Harvey Gulf fleet to have a battery power system.The battery installation, which is expected to achieve the ABS class notation ESS-LiBATTERY… 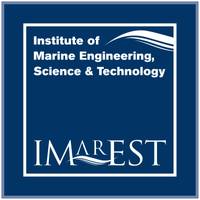 Ships are becoming increasingly dependent on complex electronic equipment and electrical power systems, with incidence of engine failure and blackouts increasing. Safety and reliability are paramount, as will be discussed and debated at a new conference taking place in early October. With just over a week before the inaugural Marine Electrical and Control Systems Safety Conference (MECSS 2013) organized by the Institute of Marine Engineering, Science and Technology (IMarEST) opens in Amsterdam, speakers from Germany, Italy, Japan, the Netherlands, U.K. and U.S.

Commercial and military users of electric propulsion systems have experienced failures of the variable frequency drive (VFD) and harmonic filter (HF) systems because the system design, including the VFD, did not have adequate self-monitoring and protection. On a ship, a variable-frequency drive (VFD) can be used to control the speed and direction of rotational motors, such as pumps, propellers and azipod systems. In some cases, these failures have resulted in catastrophic equipment failures causing arcing, fire and explosions of capacitors. 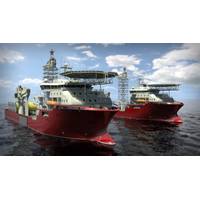 Engineers to Meet to Discuss Electric Installations on Ships

The Institute of Electrical and Electronic Engineers (IEEE) is updating the IEEE 45 standard for electrical installations on ships. This is a big undertaking because so much has changed with new power systems on ships, from the cruise industry to integrated electric propulsion systems on warships. “With new voltages, power distribution systems and casualty power arrangements, the standard really needs a refresh,” says Moni Islam, an electrical engineer who is chairing the IEEE committee reviewing and revising the standard.