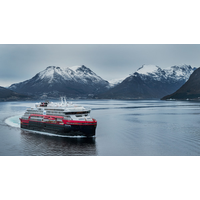 Hurtigruten’s new hybrid battery powered expedition cruise ship MS Fridtjof Nansen has completed sea trials and will be completed earlier than expected. As a result, Hurtigruten is adding a series of shorter pre-inaugural voyages.MS Fridtjof Nansen is packed with green technology and large battery packs and is, alongside her sister ship MS Roald Amundsen, the world’s first battery-hybrid powered cruise ship.The Vessel is set for delivery by the end of 2019, well ahead of her April 1 inaugural voyage from Hamburg to the Norwegian coast.Departing from London (March 7)… 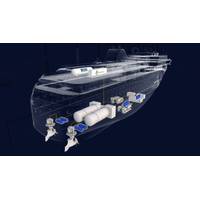 Prototype for Hydrogen - One Step Closer

Havyard is taking the next step towards a hydrogen system pilot for large ships. The company is entering the approval phase and has signed agreements with suppliers of  hydrogen tanks and fuel cells.If large vessels are to sail zero emission at high speed over long distances, battery solutions does not contain enough energy. Fuel cells running on hydrogen is a solution to this, and the Havyard Group, with Havyard Design & Solutions and Norwegian Electric Systems, is now conducting… 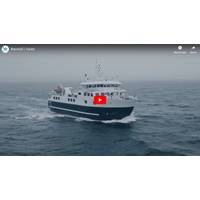 Innovation in the world of marine design and propulsion continues to move forward at record speed, driven by new emissions regulation and the push toward emission free ships. In September 2019 an innovative new technology from Wavefoil AS of Trondheim, Norway was installed on the Faroese ferry M/F Teistin, the first ship in the world with retractable bow foils that are designed not only for ship stability but also to convert wave energy directly into propulsive thrust.The foils are designed to both help in saving fuel and improving comfort on board. 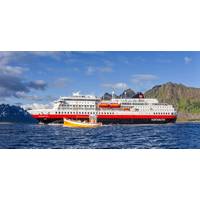 The technology group Wärtsilä will supply a broad scope of solutions that will support Hurtigruten, the world’s largest expedition cruise operator, in its push for greener and more sustainable shipping.Hurtigruten is converting an additional three vessels to become premium, hybrid powered expedition cruise ships. The order with Wärtsilä was placed in Q2 2019 and covers the ‘MS Finnmarken’, the first of the three vessels to be upgraded. Following the conversion project, the 140 metre… 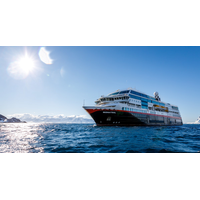 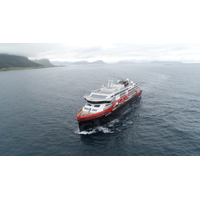 Hurtigruten’s hybrid powered MS Roald Amundsen makes maritime history as the first cruise ship in the world to sail purely on battery power.The moment – when the brand new expedition cruise ship moved through the water silent and completely emission free, powered by her large battery packs only - was captured off the west coast of Norway.Specially designed for some of the most spectacular waters of the planet, MS Roald Amundsen features groundbreaking green technology such as… 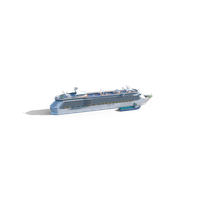 The cruise industry is facing more stringent requirements and regulations to emissions. In partnership with leading cruise lines, Norwegian technology suppliers have now developed a concept for zero-emission cruising.The concept has been developed in cooperation with Eker Design, cruise giants Carnival Corporation and Royal Caribbean Cruises Ltd, technology suppliers in the industry cluster NCE Maritime CleanTech and various interest organisations.Norwegian companies are world-leading in the development of maritime environmental technology. 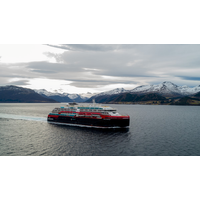 Hurtigruten’s MS Roald Amundsen is nearing completion at Kleven Yard. This weekend the world’s first hybrid powered cruise ship completed her first sea trials in the fjords along the western coast of Norway.With Norwegian fjords as testing ground – and the famous Sunnmøre alps as a spectacular backdrop – MS Roald Amundsen’s advanced, green technology was put to a test in the waters off Kleven Yard in Ulsteinvik, Norway, over the weekend.Custom built for some of the most extreme waters on the planet… 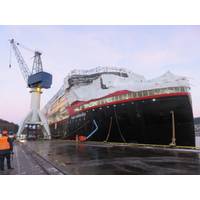 Norwegian company Hurtigruten, the world’s largest expedition cruise operator, is continuing to push the boundaries when it comes to green travel with its order for three hybrid-powered vessels nearing completion, the first ship being due for delivery in May 2019.Two of these revolutionary ships are currently under construction at the Kleven Yard in Ulsteinvik, Norway, the MS Roald Amundsen and its sister ship, the MS Fritjof Nansen, both of which are custom-designed to cope with some of the most extreme conditions seen on our planet, each having a specially-designed, ice-strengthened hull. 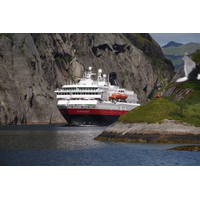 As shipowners globally explore new means to cut emissions and stay competitive, Norway's Hurtigruten has a potential solutione: Dead fish and other organic waste as fuel for its 17-vessel fleet of green cruise ships.Courtesy of its Norwegian heritage, Hurtigruten is already one of the world’s largest expedition cruise line, heavily invested in green technology to better serve the pristine aquatic environments where it conducts its business.As the maritime world looks to the IMO mandate to cut greenhouse gas emissions by 50% by 2050… 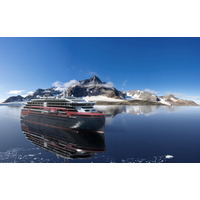 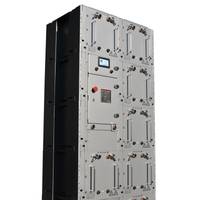 PBES and Elpro Solutions AS announced that they have entered a manufacturing agreement for PBES battery systems. The agreement with Elpro provides PBES with the ability to meet the demand for its product with greater manufacturing capacity, agile and flexible factory set up, and the quality standard demanded by our customers.“After nearly two years of manufacturing in Norway, it became apparent that our customers would be better served by a more streamlined process.” said Brent Perry, CEO, PBES. 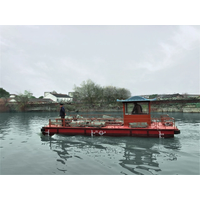 The City of Suzhou in eastern China has deployed a fleet of electric workboats powered by Torqeedo motors as part of a program to clean up its canals and waterways. The ancient city of Suzhou, located in Jiangsu Province near Shanghai, is home to more than 10 million people. Often called the “Venice of the East” the 2,500 year old city is noted for its many canals, rivers, lakes, ancient stone bridges, pagodas and gardens. Suzhou Creek, which flows through the city to Shanghai, was at one time said to be the most contaminated waterway in China, filled with sewage and garbage. 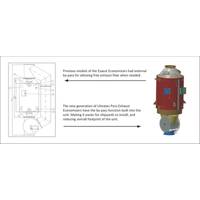 Next generation economizers are being introduced by Ulmatec Pyro. This will carry on the history of 35 years of heat recovery from ship’s exhaust – a technology that’s still unknown for many in the marine industry. You can’t ignore waste energy recovery systems if you want to participate in discussions about efficient marine designs. That statement is based on the fact that most diesel engines on board a vessel still operate on an efficiency scale in the 30 percent range. The remaining 60-70 percent represents losses, converted into heat. 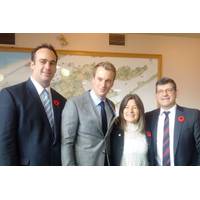 The Government of Ontario has accepted Damen’s proposal to build two ferries with full electric propulsion. Damen is building a 68-meter Road Ferry 6819 and a 98-meter Road Ferry 9819 to operate in the Canadian waters of the Great Lakes. The vessels will be the first fully electric, non-cable vessels in Canada. As part of the tender process for the contract to build the ferries, Damen was required to identify future innovations and green technologies for sustainable power solutions. The Government of Ontario has accepted Damen’s electrification proposal.

Clean Marine, developer of Exhaust Gas Cleaning Systems (EGCS), has secured a multi-vessel contract from Inventor Chemical Tankers AS (ICT). The agreement, covering seven 19,900 DWT chemical tankers, marks the launch of the firm’s CleanSOx Compact Hybrid Allstream scrubber to the marketplace. According to Clean Marine CEO Nils Høy-Petersen, the company has been exclusively dedicated to EGCS solutions since its inception in 2006. “Our latest product has been designed to ensure ship owners can achieve simple… 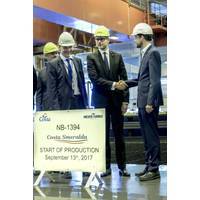 A steel cutting ceremony was held at Meyer Turku shipyard, Finland for the first of two Costa Cruises ships to be powered by liquefied natural gas (LNG). The ship will sail in October 2019 with a sister ship following in 2021. Costa Cruises’ president, Neil Palomba, announced today that newbuild NB-1394 will be named Costa Smeralda, and added, “The two new Costa Cruises ships are a true innovation and set new standards for the entire sector. Meyer Turku CEO, Jan Meyer, said, “In the last two years… 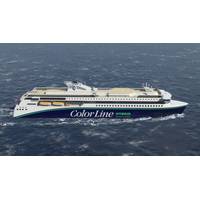 Norwegian ferry operator Color Line and shipbuilder Ulstein Verft have signed a Letter of Intent (LOI) for the construction of what will reportedly become the largest hybrid vessel in the world, a 160-meter-long passenger ferry. The Fosen-designed ferry will be a plug-in hybrid with batteries able to be recharged via a power cable with electricity from their own shore facilities or recharged on board by the ship's generators. The new vessel (with the working name Color Hybrid)…