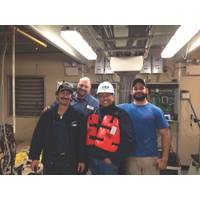 “In God we trust. All others must have data.”When Ed Grimm took the helm of Southern Towing Company (STC)as President and CEO, he inherited an enviable team of leaders, engineers, mentors, communicators and analysts. Today STC is a clear leader on the inland waterways, pioneering and proving the business and safety value of Z-Drives on the river towboats.How did you come to the top spot at Southern Towing Company?I started in the energy industry at 16 working at an oil storage depot in New York Harbor, working there through high school and putting myself through college. 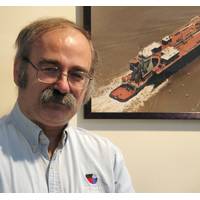 Robert (Bob) Hill of Ocean Tug & Barge Engineering Corp., of Milford, MA has specialized in the design of AT/B’s for many years. As probably the world's most experienced designer of large articulated tug/barge (AT/B) systems, Hill’s success comes, in part, from a willingness to innovate. Ocean Tug & Barge Engineering Corporation and Robert Hill are the co-inventors of the Intercon Connection System. In a nutshell, his firm has had a hand in over 70% of the operational AT/B’s in service in America – including, 80% of those built or converted since 1994. 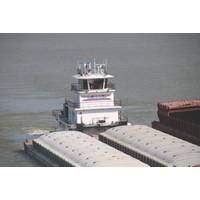 American Commercial Barge Line’s leadership and early adoption of ZF Marine’s z-drive propulsion technology underscores a growing trend on the inland waterways. American Commercial Barge Line (ACBL) has been around a long time – since 1915, to be exact – and along the way has developed into one of the dominant players in the inland marine transportation industry. With a passion for safety and a green footprint, ACBL has always embraced technology and innovation. That point was obvious when it made the decision to outfit at least 15 of its towboats with ZF Marine’s Z-drive systems. 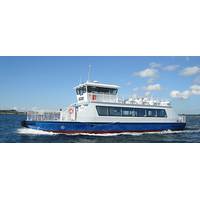 With around half a million plug-in electric cars are on the roads worldwide, electric propulsion is now slowly spreading into other types of transportation, one of which is electric boats. Stockholm ferry operator Ballerina has introduced a new, electrically propelled passenger ferry, built in composite material, that runs smoothly, comfortably and with essentially none of the noise that accompanies combustion-engined vessels. Silent, clean and cost-effective operations are key priorities for the marine transportation industry.

Saft, a designer and manufacturer of advanced technology batteries for industry, is launching its new Seanergy range of lithium-ion (Li-ion) battery modules developed to offer safety, performance and reliability advantages of Li-ion Super-Iron Phosphate (SLFP) chemistry in a fully integrated solution designed specifically for civil marine propulsion installations. The new range includes a variety of Energy and Power modules that offer the flexibility and adaptability to create highly efficient… 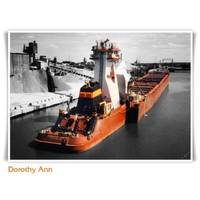 Interlake Steamship moves toward upgrading its fleet to energy efficient, more environmentally friendly LNG fuel. The company has announced that it has reached an agreement in principle with Shell to supply liquefied natural gas (LNG)  to support Interlake’s conversion of its vessels to LNG as the main propulsion fuel. When converted, these ships are expected to be the first LNG-powered ships on the Great Lakes and among the first in the U.S. With a goal of converting the first vessel by the spring of 2015… 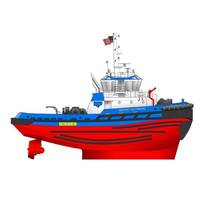 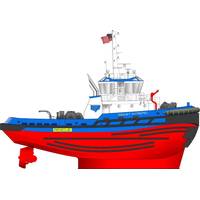 Signet Maritime Corporation continues to expand its diverse fleet by awarding a contract for the construction of two Robert Allan Ltd. designed tugs to Patti Marine Enterprises, Inc. in Pensacola, Florida. This marks the ninth Signet/Robert Allan Ltd. design in 5 years. Construction commenced in November 2012 with an expected delivery of December 2013 for the first vessel and March 2014 for the second vessel. Continuing the longstanding Signet tradition of naming vessels in honor of America’s Cup winners, the new RAmparts 3200 ASD tugs will be named M/V Signet Intrepid and M/V Signet Vigilant.