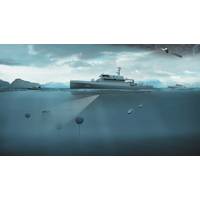 German yard Abeking & Rasmussen has begun the construction of two minehunting vessels for the Indonesian Navy.MAN has won a contract to supply a complete hybrid propulsion package for both vessels.The delivery will include 2 × MAN 12V175D-MM engines delivering 2,220 kW at 1,900 rpm; a MAN Alpha CPP twin screw-propeller system including Alphatronic 3000 propulsion-control system for efficient and flexible maneuvering; and AKA hybrid PTI system for silent operation while minehunting (slow speed with pure electric propulsion).Ben Andres… 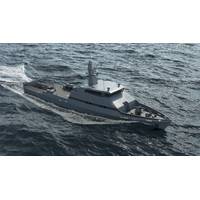 MAN Energy Solutions announced Thursday it has won the contract to supply complete propulsion packages to two OPV-45 offshore patrol vessels currently under construction at one of the largest privately owned shipbuilding and repair facilities in the Eastern Mediterranean.Israel Shipyards in Haifa is constructing the new patrol boats for an undisclosed African navy. The vessels are designed for a wide range of missions, including protection against the increasing threat of piracy in the region.The OPV-45 has an overall length of 45.7 m, a displacement of some 300 tons. 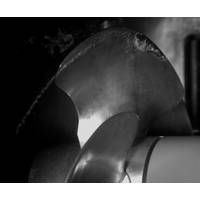 Kongsberg Maritime has successfully adapted a propeller concept used in naval applications and is now offering the same operational and environmental benefits to commercial shipping customers.While the naval sector has been using KONGSBERG Blade Air Emission technology for a number of years, with several navies deploying it to limit vessel signature, the process is now being applied to commercial ship propellers to reduce the effect of underwater radiated noise on marine life.By machining a channel into the leading edge of the propeller blades… 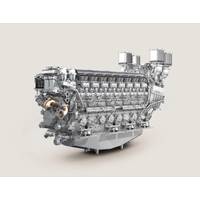 Rolls-Royce will be showcasing its MTU drive and propulsion solutions for military vehicles and naval vessels at the IDEX and NAVDEX 2017 trade shows (Booth 09-B14). These take place simultaneously in Abu Dhabi from February 19- 23,  and represent the biggest defence technology event in the Middle East and North Africa. The venue is the Abu Dhabi National Exhibition Centre in the United Arab Emirates. Rolls-Royce will be presenting the full spectrum of its MTU-brand drive and…

GE Propels the US Navy with Increased Resilience

Approximately 80,000 tons (fully loaded) and 784 feet in length, with a beam of 164 feet—more than a third wider than most ships—Expeditionary Base Mobile (ESB) 4 is an extremely stable platform for sea base operations. Enabled by GE’s electric power and propulsion system, and built by General Dynamics, National Steel and Shipbuilding Company (NASSCO), ESB 4 will be able to operate at a speed of 15 knots with an endurance of over 9,500 nautical miles. ESB 4 is the second ship of this type to be outfitted as an Expeditionary Base Mobile, formerly called the Afloat Forward Staging Base.

The Rolls-Royce brand MTU is showing its concepts at the current SMM, Hamburg, in response to the IMO Tier III emission standard which is due to come into force in 2016. “MTU is well-prepared for IMO Tier III, be it with SCR exhaust aftertreatment systems for diesel engines or with gas engines,” explains Dr. Michael Haidinger, Chief Sales Officer at Rolls-Royce Power Systems. In an animated presentation, MTU is demonstrating the latest high-speed Series 4000 gas engine based on its trusted 4000 M63 diesel engine which is widely used in working vessels. 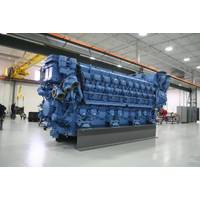 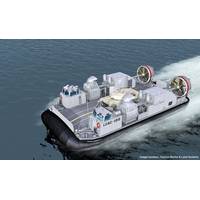 Rolls-Royce wins contract to power the U.S. Navy’s future fleet of hovercrafts, known as the Ship-to-Shore Connector (SSC). The Group will work with Textron Marine & Land Systems, an operating unit of Textron Systems, a Textron Inc. company, which has been selected to build the initial development craft, in a program that could extend to 73 craft. The SSC will replace the Navy’s current fleet of Landing Craft Air Cushion (LCAC) hovercraft over the next 20 years. The new hovercraft will be used to rapidly deploy personnel and vehicles between U.S. Navy ships and the shore.

Istanbul Shipyard will design and build one Submarine Rescue Mother Ship (MOSHIP) and two Rescue and Towing Ships at their yard in Tuzla. Rolls-Royce will supply tunnel thrusters and retractable thrusters for all three vessels. In addition Roll-Royce Azipull main propulsion thrusters will be supplied for the MOSHIP. This is the first order for thrusters that Rolls-Royce has received from the Turkish Navy, which is planning a significant ship building programme in the coming years. 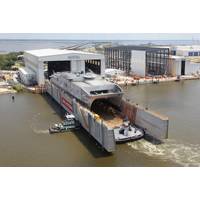 Naval Architects and marine engineers from around the world gathered in Honolulu in September for the 11th International Conference on Fast Sea Transportation (FAST 2011). The four-day biannual symposium promoted world-wide cooperation among scientists and engineers involved with all aspects of the high-speed maritime industry. FAST 2011 was the Fast Foundation’s 20th anniversary. Kjell Holden of the Norwegian Univ. of Science and Technology and FAST International Standing Committee… 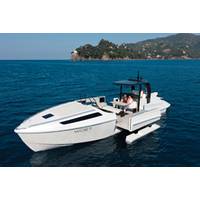 A planning boat that is light, fast and economical, yet has the usable deck area of a boat twice it’s size and the stability of a trimaran! Sounds too good to be true, well that was my initial reaction until I attended the Press launch in Italy of the “transformer” Wider 42. I call it transformer because that’s what it does. It can plane at speeds over 50 knots and when it stops, by pressing a button, in 12 secs it transforms the cockpit deck into an are twice its size. To ensure stability, two sponsons, one each side slide out from the hull to increase stability.

L-3 Maritime Systems has been awarded a contract from General Dynamics Advanced Information Systems to supply its Seaframe Control System for the next Independence variant Littoral Combat Ship (LCS). The contract is for the first ship and includes options for an additional 14 ships. L-3 Maritime Systems’ Seaframe Control System will provide advanced automation and control of the ship’s propulsion, electrical, ventilation and other machinery systems. The system’s automation capabilities successfully achieve the reduced manning requirements mandated for the U.S. Becker is continuously developing propulsion components with new or better properties. One of Becker's approaches - along with Bureau Veritas - is the use of new materials such as carbon composites. Carbon fiber provides two main advantages: On the one hand, weight savings of more than 50 percent enable easier handling during transport and assembly, making this suitable for advanced naval applications focusing on light-weight structures. On the other hand, a reduction of raw material waste of 60 percent compared to forged steel helps achieve a lower carbon footprint.