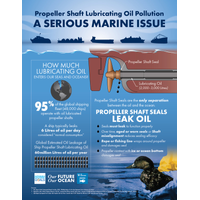 Thordon Bearings has advised its customers with newbuilds under construction to make sure they have the necessary documentation in place permitting operations in U.S. waters prior to 18th December 2018.The advice follows the October 10 announcement by the U.S. Environmental Protection Agency that the 2013 Vessel General Permit, due to expire in December 2018, will now be administratively continued till at least March 2019, when an updated version, VGP 3.0, will be introduced.“The delay in introducing VGP 3.0 means that operators of existing vessels looking to operate in U.S.

Thordon Bearings, the provider of bearing solutions for marine, has signed sales and distribution agreements with St. Petersburg-based Industrial & Marine Projects (IMPRO) and Tallinn’s Marine Ecology Equipment (MEE), in a development that anticipates the introduction of more stringent pollution rules for European waterways.The appointment of new distributors for Lithuania, Latvia, Estonia, Russia and Azerbaijan coincides with concern that more should be done to reduce the impact… 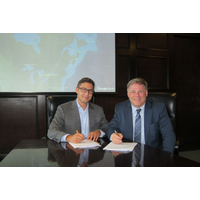 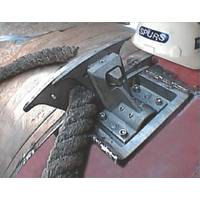 A Case for Propeller Guards & Cutters

As I was preparing for Thanksgiving dinner I put on Indiana Jones and the Last Crusade. While Indiana Jones and Doctor Elsa Schneider were being chased by the Brotherhood of the Cruciform sword through Venice and their boat was neatly shredded by the propellers of a larger vessel, it had me thinking of how much propeller technology has changed over the years. And how hopefully Indiana’s boat did not actually damage that vessel’s propeller. Recently an article passed though my news feed about the first 3D printed propeller. This is indicative of the direction the industry is taking. 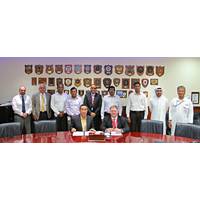 Thordon Bearings and Drydocks World-Dubai (DDW-D) have signed an agreement under which the UAE-based shipyard will work together with Thordon Bearings Inc. to promote the conversion of ships’ oil lubricated propeller shafts to Thordon’s COMPAC open seawater lubricated bearing system. The agreement will create an action plan in which a specialist team, comprised of Drydocks World-Dubai and Thordon Bearings’ personnel, offer support to ship managers and owners looking to ensure… 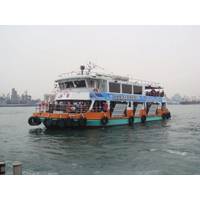 The Taiwanese harbor city of Kaohsiung has launched a new hybrid electric ferry, which aims to curb greenhouse and diesel emissions for marine passenger transport across the region. Kaohsiung recently re-launched the Cijian Island passenger ferry, retrofitted with a Visedo electric propulsion system, replacing the original diesel engine. It heralds Asia’s first hybrid electric ferry and, if successful, the Kaohsiung City Government plans to retrofit the rest of its diesel fleet to help reduce pollution levels around Taiwan’s largest harbor. 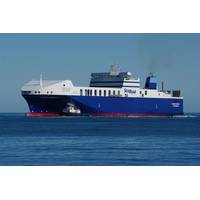 A brand new liquefied natural gas (LNG)-fueled roll-on-roll-off freight vessel, Searoad Mersey II, has commenced service from its home port Devonport, in northern Tasmania, Australia. Touted by Bass Strait shipping and logistics firm SeaRoad as the “cleanest, greenest freight ship ever to trade in Australian waters”, Searoad Mersey II is the first coastal ship in Australia to use LNG fuel-and-power technology and the first pure dry cargo ship in the world to use a roll-on roll-off LNG supply system. 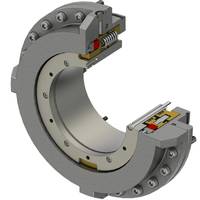 The Stone Marine Seals main shaft seal EcoSeal, which was launched several years ago, is now being joined by two additional seals designed specifically for the thruster and azipod markets, the EcoSeal T and EcoSeal TS. The EcoSeal TS is a split version of the EcoSeal T which makes for an easy retrofitting solution when replacing the more common lip type seals in use today. The T and TS can be fitted into very tight spaces and retrofitting can be carried out utilizing the old seals liners which is a significant cost saver.

Thordon Bearings has developed a bespoke modeling tool capable of calculating the amount of operational oil prevented from leaking into the world’s oceans with each installation of a seawater-lubricated propeller shaft bearing. To be launched officially on April 22 to coincide with Earth Day 2016, the world’s largest environmental movement, now in its 46th year, the Oil Savings Calculator shows that more than 60 million liters of oil pollution has been saved to date. “In our opinion the only acceptable propeller shaft stern tube oil leakage is zero.” said Terry McGowan… 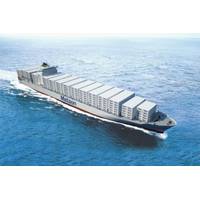 Thordon’s COMPAC for US’ Largest Containerships 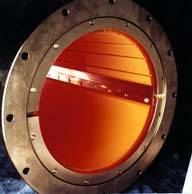 Thordon Bearings has received an order for a total of 20 seawater-lubricated COMPAC Propeller Shaft Bearing Systems for Chinese shipyards, marking the Canadian company’s most significant order for commercial vessels. Thordon Bearings, a manufacturer of advanced seawater-lubricated stern tube bearing systems, will supply COMPAC and Thordon Water Quality Packages for installation to various merchant and offshore newbuilds under construction for an undisclosed Chinese shipowner. 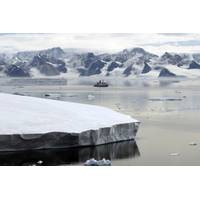 The Marine Environment Protection Committee (MEPC) of the International Maritime Organization (IMO) meets for its 68th session from May 11-15, 2015, at IMO Headquarters in London. Items on the agenda include the proposed adoption of the environmental part of the Polar Code and associated draft MARPOL amendments to make the Code mandatory; the implementation of the Ballast Water Management Convention; further work on air pollution and energy efficiency measures; and a proposal to extend the Great Barrier Reef and Torres Strait Particularly Sensitive Sea Area (PSSA) to parts of the Coral Sea. 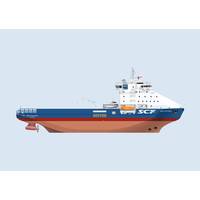 Arctic offshore vessel NB 507 has been named after Russian Navigator Aleksey Chirikov at Arctech Helsinki Shipyard. The vessel will be delivered to the largest Russian shipping company Sovcomflot shortly and will continue its path straight to Sakhalin area in Far East Russia, where it will supply the Arkutun-Dagi oil and gas field. Arctech has built two arctic offshore supply vessels for Russian company Sovcomflot, which specialises in hydrocarbon transportation from Arctic and subarctic regions with challenging icy conditions. 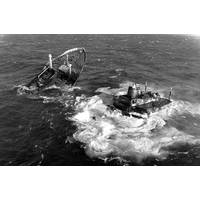 Disasters at Sea & Their Impact on Shipping Regulation

The history of marine safety is soaked in water and written in blood. “I think that most people will tell you that changes in marine safety are almost exclusively disaster-driven,” agrees Dr. Josh Smith, a professor at Kings Point and interim director of the American Merchant Marine Museum. It hasn’t always been that way. Actually, it’s been worse. Despite some efforts early on to exert some control over shipping practices, going to sea has been accepted as a risky undertaking as long as man has floated vessels. 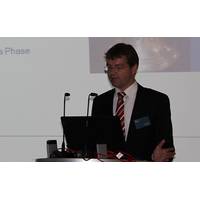 Germanischer Lloyd's traditional recap of the latest session of the Marine Environment Protection Committee (MEPC) of International Maritime Organization (IMO), focused on the surprising developments at the 65th session. MPEC 65, held in London in May, saw the IMO potentially postpone the introduction of the TIER III NOx limits contained in regulation 13 of MARPOL Annex VI, scheduled to come into effect in 2016, to 2021. Apart from the turn around on NOx, the 65th Session saw adjustments to the compliance timeline for the Ballast Water Convention (BWC)… 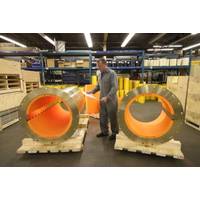 The Viking Star, a47, 800GTcruise ship, is one of three Viking Ocean Cruises’ newbuilds to opt for Thordon COMPAC seawater lubricated propeller shaft bearings. Constructed at Fincantieri’s Marghera shipyard, the 944-passenger Viking Star is the first of three new ships equipped with seawater lubricated propeller shafts instead of oil lubrication. Richard Goodwin, Vice President-Engineering at Viking Ocean Cruises, said, “We chose Thordon COMPAC for all our newbuildings because of the long experience of these seawater lubricated bearings which present no risk of oil pollution. 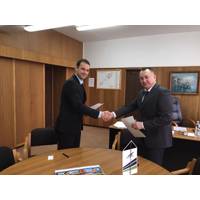 Thordon Bearings Inc. signed a letter of intent (LOI) under which it will cooperate with MSR Gryfia of Poland to promote the conversion of ships to an open seawater lubricated propeller shaft Thordon bearing system from a sealed oil lubricated propeller shaft bearing system. The LOI will create an action plan in which a Ship Conversion Team, comprised of MSR Gryfia and Thordon Bearings representatives, that promotes this initiative to the marine community. The goal of this movement…

The Marine Environment Protection Committee (MEPC) of the International Maritime Organization (IMO) meets for its 66th session from 31 March to 4 April 2014, at IMO Headquarters in London. Items on the agenda include the consideration of proposed amendments to the MARPOL to make the audit scheme mandatory;  the review of environmental provisions in the draft Polar Code and associated draft amendments to make the Code mandatory, and the implementation of energy-efficiency regulations and the Ballast Water Management and Ship Recycling Conventions.