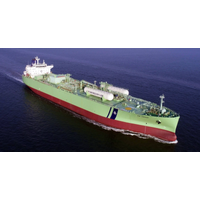 BW LPG's BW Gemini, the world’s first Very Large Gas Carrier (VLGC) to be retrofitted with LPG dual-fuel propulsion, completed loading at Enterprise Terminal in Houston Monday. BW LPG, part of BW Group, said Monday that the VLGC had completed its "historic" crossing of the Pacific Ocean on LPG propulsion on December 5."BW Gemini is carrying a record load of 49,000 metric tons of LPG on a single keel. As the vessel refueled while loading and no additional bunkering was needed, she has proceeded on her voyage. 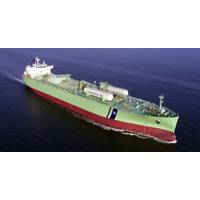 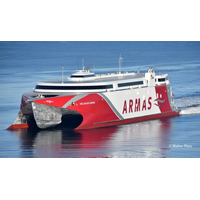 Incat Tasmania’s newest 111-meter ferry has been handed over to her new Spanish operator  Naviera Armas and departed Hobart late last night (16 July) for Spain.The ship, named Volcan de Tagoro (Incat Hull 091) is impressive in her distinctive red Naviera Armas livery. 091 completed sea trials over the past few days, loaded fuel and supplies yesterday for the delivery voyage to Spain, and has now left Australia.The delivery will be via Auckland, across the Pacific Ocean to Tahiti and the Panama Canal before crossing the Atlantic on her way to Spain.

ABB’s Azipod propulsion will power Oceanco’s visionary superyacht inspired by Polynesian canoes and outfitted with the latest technology. Perfectly suited to the canoe form, ABB’s contra-rotating Azipod technology achieves a 10 percent propulsion efficiency improvement. The ABB technology has become the industry standard in the cruise segment since its launch in 1990. Tuhura made waves on its launch by Dutch superyacht builder Oceanco at last month’s Dubai International Boat Show 2018. 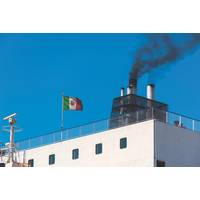 Breaking down the challenges of the 2020 sulfur cap can be confusing. Matti Bargfried provides a primer. What has happened so far? The IMO this October voted in its 70th session of the Marine Environment Protection Committee to globally cap the maximum amount of sulfur allowed to 0.5 percent. HFO will be further allowed (there is no mandate to disallow usage) provided it meets the set standards. Alternative measurements like scrubbers are also accepted to reduce the ship emissions.

San Francisco’s Jensen-designed super pumping fireboat is like none that came before her. As a result, the City by the Bay is prepared like never before, for its next crisis. Christened on October 17, appropriately enough on the anniversary of the 1989 Loma Prieta earthquake, the city of San Francisco’s first new fireboat in almost 60 years is an especially unique boat, designed and built for a specific purpose. When the infamous quake burst the domestic water lines beneath San Francisco…

ALP Striker achieved an impressive and most satisfactory bollard pull results of 309.6 tonnes during her sea trials. The DP II Anchor Handling Salvage Tug was delivered on 12 September to ALP Maritime Services. The vessel is designed for towing very large floating objects while also offering services such as anchor handling, positioning and mooring. The ALP Striker has been constructed by Niigata Shipbuilding & Repair, Japan. She is the first of four ultra-long distance towing and anchor handling vessels for ALP Maritime Services, a subsidiary of Teekay Offshore Partners L.P. MAN Diesel & Turbo received an order for three MAN 6L21/31 gensets to power a wellboat newbuilding for Patagonia Wellboat, the Chilean fish-farming operator. The order is the latest in a long history of wellboat references for MAN Diesel & Turbo in Chile’s domestic fish-farming industry, the company said. The new wellboat, to be built at Asenav in Valdivia, Chile, will be the first vessel in a new generation of wellboats designed and developed by Asenav in cooperation with Patagonia Wellboat. Engine delivery is scheduled for Q4 2015 with vessel delivery expected May 2016. 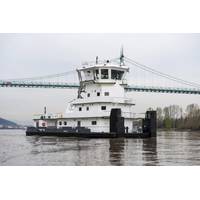 Tidewater Transportation and Terminals, headquartered in Vancouver, Washington, has taken delivery of Crown Point, a new custom-built towboat commissioned at Portland’s Vigor Industrial. Crown Point is the first of a series of three towboats being built at Vigor for Tidewater, and will join the company’s current fleet of 16 vessels and 160 barges. Marc Schwartz, Maintenance & Engineering Manager at Tidewater, expressed, “The launching of the Crown Point, and the forthcoming Granite Point and Ryan Point vessels, marks an important step for Tidewater. 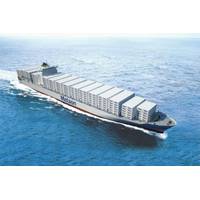 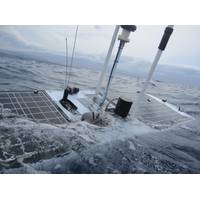 U.S. based Liquid Robotics' 'Wave Glider' completes the first ever Trans-Pacific voyage by a wave-powered autonomous robot vessel. The first Pacific Crossing (PacX ) Wave Glider, Papa Mau, completes its 9,000 nautical mile (16,668 kilometers) scientific journey across the Pacific Ocean to set a new world record for the longest distance traveled by an autonomous vehicle. Throughout his journey, Papa Mau navigated along a prescribed route under autonomous control collecting and… 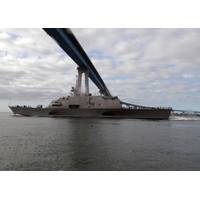 The Freedom-class littoral combat ship 'USS Fort Worth' (LCS 3) arrives in her San Diego homeport. The ship, named for Fort Worth, Texas, the 17th largest city in the United States and the 5th largest city in Texas, was built in Marinette, Wis., and was commissioned in Galveston, Texas, Sept 22. After commissioning, Fort Worth departed Galveston and steamed through the Gulf of Mexico, Caribbean Sea and Panama Canal into the Pacific Ocean, completing more than 11,000 miles on her maiden voyage.

Cargo transport between Asia and Europe on the Northern Sea Route (NSR) has reached the one million tons milestone. The total cargo transported on the NSR is already almost 200 000 tons more than in last year’s season, updated numbers from Rosatomflot show. 35 vessels have transported a total of 1 022 577 tons of different goods between Europe and Asia so far, and the season is not yet over, reports the 'Barents Observer'. In 2011 34 vessels transported a total of 820 789 tons during the five months the route was open. The sailing season can still last another month. The Russian Gazprom tankship 'SCF Amur' recently transited the Northern Sea Route in a record 7-days. In January 2012 Gazprom and Sovcomflot reached an agreement on arranging a test shipment via the Northern Sea Route to deliver the Gazprom hydrocarbons to the Asia-Pacific market, taking into account the growing urgency for energy resources supplies to the region. The recemt passage of the SCF Amur became the fourth transit passage from the Atlantic to the Pacific Ocean through the Arctic for Sovcomflot. 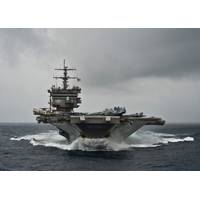 After 51 years of distinguished service, USS Enterprise (CVN 65) will ceremonially inactivate later this year at Norfolk Naval Station, in Norfolk, Va. The inactivation ceremony will be the last official public event for the ship, and will serve as a celebration of life for the ship and the more than 100,000 Sailors who served aboard. Details of the actual ceremony are still being finalized; however, numerous dignitaries and thousands of veterans of the ship are expected to attend the event.

After a slow start this summer mariime transport along the northern Sea Route has gained speed the last couple of weeks. In course of the two first months of this years’ sailing period only nine vessels had used the Northern Sea Route (NSR) for transportation of cargo between Europe and Asia, as reported in 'BarentsObserver'. During the last two weeks, things have really gained speed, and the number of vessels sailing the NSR has now reached a total of 22 – 13 from the west to the east and nine in the opposite direction.

According to a report on http://news.nationalgeographic.com, explorer and film maker James Cameron has arrived at the Mariana Trench's Challenger Deep, members of the National Geographic expedition have confirmed. According to the report, his depth on arrival was 35,756 ft. (10,898 m). Cameron is just the third person to reach this Pacific Ocean valley southwest of Guam (map)—and the only one to do so solo. After as long as six hours in the trench, Cameron—best known for creating fictional worlds on film (Avatar… 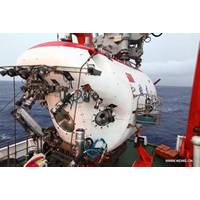