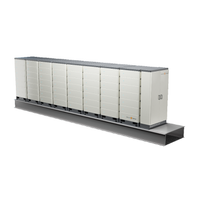 Corvus Energy is moving forward with plans to invest in its Canadian operations by expanding its Richmond, B.C. facility and increasing manufacturing capacity.As reported in early 2018, Corvus Energy is rolling out plans for expanded maritime battery manufacturing facilities in both Bergen, Norway and Richmond, B.C., Canada. A new automated battery factory in Bergen began producing energy storage systems (ESS) in Q4 2019. Corvus has signed a contract for investment in new production line equipment in the Richmond, B.C. 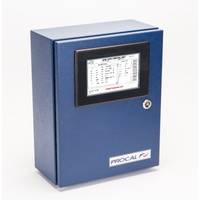 Parker Kittiwake, part of the Parker Hannifin Corporation and the supplier of Continuous Emissions Monitoring Systems (CEMS) for marine applications, has doubled its manufacturing capacity in direct response to an increase in industry demand ahead of the imminent 2015 ECA deadline. As a result of the increase in orders over the last year, the company has doubled its revenue. Parker Kittiwake said in-situ CEMS are the most effective method for measuring emissions, and continuous monitoring of sulphur emissions is one of two methods that can be used to verify the scrubbers’ performance… 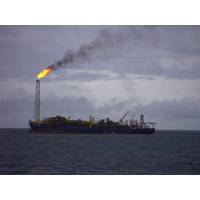 Wärtsilä say that the technical design and installation of a new fixed pitch propeller (FPP)  for the floating production storage and offloading vessel (FPSO) Ngujima-Yin has been successfully completed. The FPSO is operated by Woodside Energy Ltd, an independent Australian oil and gas company and operates in the Vincent offshore oil field in north-western Australia. In a project fast-tracked by Wärtsilä, the most important benefit of the new propeller is that it will increase the speed of the 332 metre Ngujima-Yin FPSO… 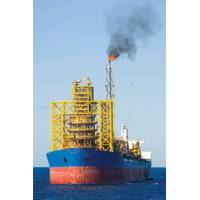 Since the beginning of this year, orders have been placed for 17 floating production systems. The combined value of the fabrication contracts exceeds $16 billion. By year end there will likely be another five to eight contracts awarded and the overall contract value for the year will exceed $20 billion. Stated in terms of conventional ships, fabrication of floating production systems in 2013 will equate to orders for 220 VLCCs, 360 Suezmax tankers or 800 Panamax bulk carriers. In other words, it is a big market. Yet relatively few shipbuilders are active in this sector.

QGOG Constellation S.A. exercise a Samsung Heavy Indurstries contract option for an advanced capability DP3 drillship. This will be the third drillship ordered from SHI in South Korea and is scheduled to be delivered in December 2014. The unit will have advanced capabilities to meet the requirements of ultra-deepwater drilling in water depths of up to 12,000 feet and a total vertical drilling depth of 40,000 feet, based on the proprietary Samsung 12000 hull. This drillship will… 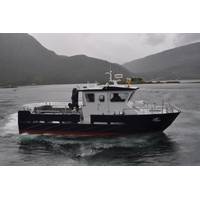 Established by Markus N. Hansen in 1919 and later with his brother Realf the company started out originally repairing and building engines. In the mid-1970s Grovfjord Mek Verksted AS progressed to building aluminium and steel fishing boats up to 88ft in length, and in the 1990s receiving contracts for the repair and building of shrimp trawlers. In 1998 Grovfjord Mek Verksted made the decision to focus its activities on the construction of aluminium work boats for the aquaculture industry and invested heavily in new production equipment… 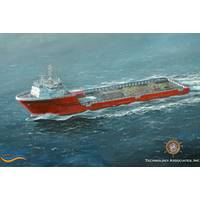 Technology Associates, Inc (TAI) a New Orleans based Naval Architecture firm which also has an office in India has unveiled its Technology EnviroMax 300 OSV. Utilizing a unique Designer/Builder relationship, this design was developed in conjunction with Thoma‐Sea Shipyards. The design already has up to six vessels under construction at Thoma‐Sea Shipyards’ facilities in Lockport, Laa. Thoma‐ Sea Shipyards acquired this facility from Halter Marine in 2002 and has been using it to build OSV’s up to 270ft.