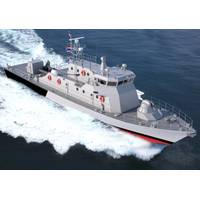 MAN Energy Solutions said it has secured a contract to supply the main propulsion engines for two new 41-meter patrol vessels for the Royal Thai Navy. Each vessel will be powered by two MAN 16V175D-MM, IMO Tier II engines, each rated at 2,960 kWm at 1,900 rpm.Marsun Shipyard in Thailand will construct the newbuildings with delivery scheduled for August 2020.The Royal Thai Navy already operates MAN Energy Solutions engines on its Krabi-class offshore patrol vessels; a second such… 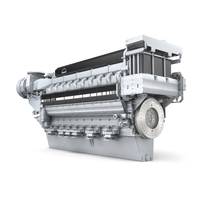 The Royal Thai Navy has ordered a new 90-m offshore patrol vessel (OPV) to be constructed at Mahidol Adulyadej naval dockyard in Sattahip. The newbuilding, an improved River-class design, will be powered by two MAN 16V28/33D STC engines. Locally called OPV No. 2, the order follows that of OPV No. 1, the HTMS Krabi ordered in 2009, a similar vessel that featured two 16V28/33D engines. 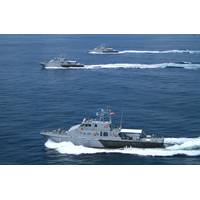 Over the past decade or so, as offshore oil has grown in importance, the development of vessels to meet the needs of the industry has made great strides. The needs for reliability in demanding sea conditions will put any hull to the test. It is not unusual for a commercial vessel serving the petro-industry to clock up 6,000 or more hours of operation per year. For vessels operating on time charter, downtime can be expensive. The versatile crew boats that have been developed to meet these expectations are particularly versatile. 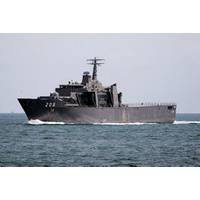 The Royal Thai Navy has officially received the first Endurance-class landing platform dock ship, HTMS Angthong (LPD-791) at Laem Thien Port, Sattahip naval base in Chon Buri, Thailand. The design of the LPD is proprietary to ST Marine and is based on its Endurance Class of LPDs. The design is proven by the four 141m Landing Ship Tanks (LSTs) that ST Marine built for theRepublicofSingapore Navy. The LSTs have been deployed successfully on many occasions to provide peacekeeping duties in the Gulf…