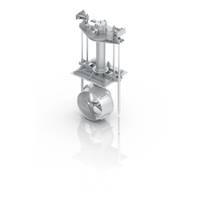 The research vessel Roger Revelle is currently going through an extensive mid-life refit. One of the upgrades to the vessel is the installation of telescoping thruster technology from ZF Marine.The R/V Roger Revelle is a globally capable oceanographic research vessel, designed as a platform to support many different facets of ocean-based scientific research. The vessel is owned by the US Navy and operated by the Scripps Institute of Oceanography under a charter agreement with the Office of Naval Research.

The technology group Wärtsilä has received orders to supply more than sixty of its transverse thrusters for twelve new cruise ships being built in four shipyards on behalf of six different owners during the past year.This represents the dominant share of newbuild vessels within the cruise sector during this period. The efficiency and performance of Wärtsilä’s transverse thrusters is particularly important for large cruise ships, since manoeuvring and mooring in often crowded harbours… 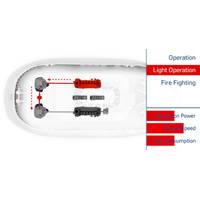 In a close collaboration with Svitzer of Denmark, SCHOTTEL has developed a new hybrid propulsion concept. The new concept is based on the recent SCHOTTEL Y-Hybrid thruster technology and connects a port and starboard mounted azimuth thruster in a vessel with each other. This makes it possible to drive two thrusters with either one of the main engines. The companies are now discussing a pilot project to retrofit an existing tug with the new mechanical hybrid technology. This will transform the direct driven vessel into a greener and more cost-efficient vessel. 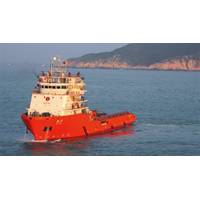 An 8,000 kW rescue tug, the first vessel installed with ABB’s Azipod D electric propulsion system, has been delivered by Huangpu Wenchong Shipyard to customer Guangzhou Salvage Bureau, a division of the Chinese Ministry of Transport. Before delivery, the rescue tug was tested in sea trials where it exceeded design targets in bollard pull, fuel economy, maneuverability and low-load performance, ABB said. The vessel’s captain, Shaohua Liu, said, “We are really impressed with the vessel’s performance. Response time and maneuverability, both of which are critical in our operations, are excellent. 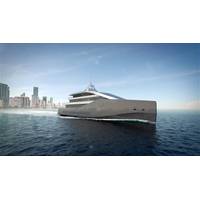 Rolls-Royce has unveiled a new luxury yacht concept designed to showcase the advantages of advanced ship intelligence solutions and hybrid propulsion based on LNG fuel and battery power. Introduced during the Global Superyacht Forum (GSF) in Amsterdam, the Crystal Blue yacht and its attendant support vessel Blue Shadow have been developed to enable new thinking in yacht design and propulsion by optimizing the yacht’s super structure for greater guest use and comfort. One of the… 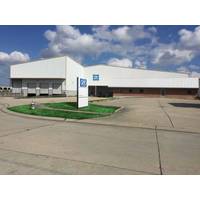 ZF Marine, the marine business unit of the global ZF Group, said it has secured a new location for its Gulf of Mexico/Inland Waterway sales and service operations. The company opened its wholly owned location in the greater New Orleans area in late 1996, the first satellite location outside of ZF’s North American marine headquarters. The location was established to provide close support for the commercial vessel industry in the Gulf of Mexico. Twenty years later, ZF Marine’s growing presence in the Inland Waterway… 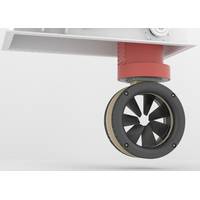 Rim-driven thruster technology has emerged and demonstrated potential for compact and super-silent maneuvering propulsion. Silentdynamics customized rim-thruster-based propulsion solutions applications include tunnel thrusters, and Silentdynamics ERT thrusters can be configured to be retractable and/or azimuthing. Major benefits include low noise emissions and compact dimensions. This is achieved by utilizing carbon-fiber blades, water-lubricated hydrodynamic bearings and a hubless propeller design. 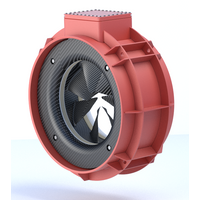 Rim-driven thruster technology has emerged in recent years, demonstrating its potential for compact and silent maneuvering propulsion. Early development for this technology performed in Rostock, Germany at the company AIR. The project was then taken over by Voith, and the development of the Voith Inline Thruster and Voith Inline Propulsor was then continued. After the Voith factory was shut, the development team decided to offer its experience in rim-driven thrusters on its own through the newly established brand, Silentdynamics. 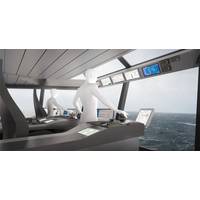 Rolls-Royce informs it has won a contract worth approximately £13.5 million to deliver a unique package of advanced ship equipment for a new offshore construction vessel (OCV) currently being built in Turkey for the Norwegian ship owner Volstad Shipping AS. The vessel is 125 meters long and is designed with ice class for operations in Arctic waters. It is a ST-259 design by Skipsteknisk and is due to be delivered from the Tersan Shipyard, Turkey, in the second half of 2015. The package includes the new Unified Bridge from Rolls-Royce… 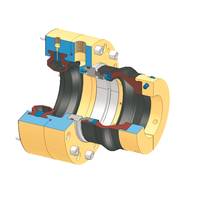 Columbia Industrial Products, Inc. of Eugene Oregon and Simplex Americas LLC have announced the signing of a distributorship agreement between the two companies to supply CIP’s range of CIP Marine Composites for the Inland Waterways of North America. CIP Marine Composites are textile reinforced, self lubricated bearing materials. Manufactured in tubes and sheets, CIP is easily machined into a variety of configurations for bearings, wear pad, thrust washers and other components.