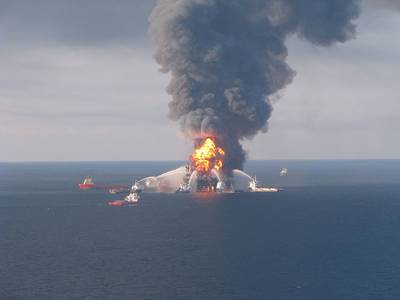 BP announces resolution of all criminal and securities claims against the company relating to Deepwater Horizon accident.

BP has reached agreement with the United States government, subject to court approval, to resolve all federal criminal charges and all claims by the Securities and Exchange Commission (SEC) against the company stemming from the Deepwater Horizon accident, oil spill, and response.

“All of us at BP deeply regret the tragic loss of life caused by the Deepwater Horizon accident as well as the impact of the spill on the Gulf coast region,” said Bob Dudley, BP’s Group Chief Executive. “From the outset, we stepped up by responding to the spill, paying legitimate claims and funding restoration efforts in the Gulf. We apologize for our role in the accident, and as today’s resolution with the U.S. government further reflects, we have accepted responsibility for our actions.”

In eliminating the possibility of any further federal criminal charges against the company based on the accident, BP has taken another significant step forward in removing legal uncertainty and can now focus more fully on defending itself against all remaining civil claims.

“We believe this resolution is in the best interest of BP and its shareholders,” said Carl-Henric Svanberg, BP’s Chairman. “It removes two significant legal risks and allows us to vigorously defend the company against the remaining civil claims.”