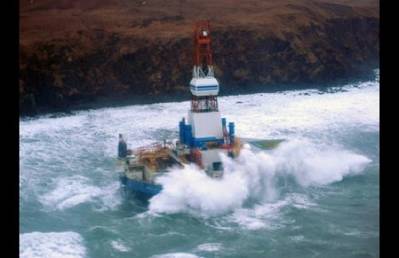 Salvage crews are on stand-by until the weather moderates (the National Weather Service reports seas in the area of being up to 30 feet high, though they're expected to drop down to 22 feet by Tuesday afternoon). Meanwhile the rig appeared sound so far, with no breach in the hull and no discharge of any pollutants into the water, reports the 'Alaska Dispatch'.