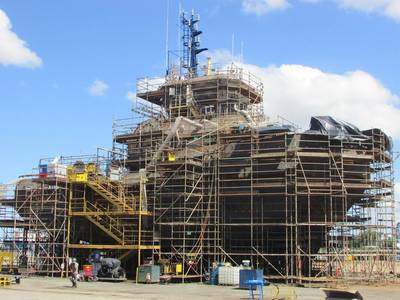 Rolls-Royce announced it has secured a contract to supply eight of its mtu 16V 4000 M65L engines for four 80-ton bollard pull tugboats to be built by Detroit Brasil, Ltda. and operated by Starnav Servicos Maritimos Ltda. The new tugs will feature a hybrid propulsion system, combining the mtu engines and mtu Blue Vision New Generation (BVNG) monitoring system with Z-drive thrusters, hybrid components and controls from Schottel, a manufacturer of propulsion and steering systems for ships and offshore applications.

While Rolls-Royce has supplied mtu Series 4000 engines to Detroit Brasil for several vessel projects in the past, this marks the first time Rolls-Royce will be supplying engines for 80-ton- bollard pull tugboats to the company and the first time that the high performance mtu 16V 4000 M65L engines which deliver 2560 kW at 1,800 rpm will be used in Latin America. Once the new tugs are entered into service, Starnav Serviços Marítimos Ltda. will run a total of 96 mtu Series 4000 engines in their fleet of harbor tugs and offshore vessels.

“The hybrid system featured on the new tugs will allow for the ships’ thrusters and one of the two main engines to be connected for all light operation activities when full power is not required, reducing the operating hours for the main engines, leading to lower overall maintenance costs, better fuel consumption and lower emissions compared to a traditional configuration,” said Maxwell Oliveira, General Manager of Detroit Brasil Shipyard.

“When full propulsion power is needed, the connection between the two thrusters is disengaged and each engine is engaged to each thruster, reverting to a traditional, direct-drive propulsion system. The performance characteristics of the mtu 16V 4000 M65L and its wide performance map allow for this type of hybrid propulsion concept while keeping a considerable level of available reserve power on demand,” said Oliveira. 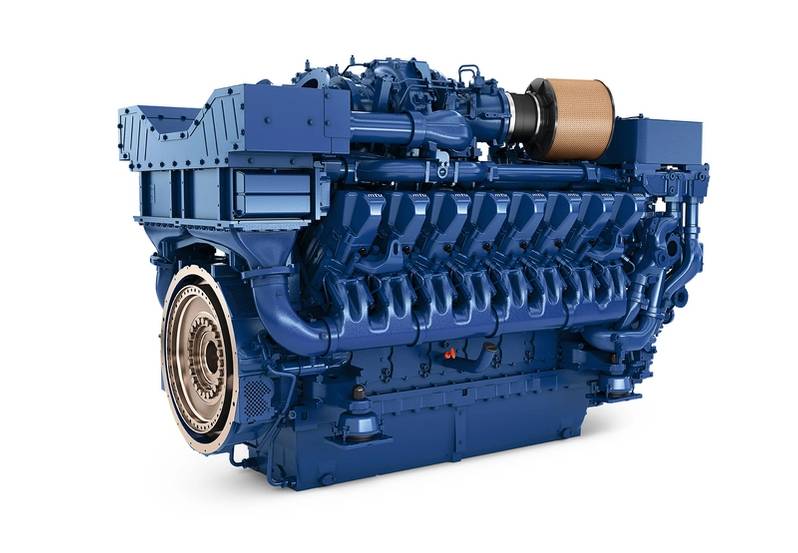 “This order is an important milestone in the launch of the next generation of mtu 4000 series engines, as the 16V 4000 M65L engine is currently the most powerful version of the new series and is being supplied to Latin America for the first time,” said Christof von Bank, Director Sales, Marine, Americas at Rolls-Royce business unit Power Systems. “Further, this contract will reinforce our 20% share in the Brazilian tug boat market with mtu engines, a position we’ve earned over the past decade since installing our first Series 4000 in a tug in 2010.”

“The mtu 16V 4000 M65L engines offer the best engine performance for the hybrid propulsion concept being utilized in our new tugs,” said Carlos Eduardo Pereira, CEO of Starnav Serviços Marítimos Ltda. “Having accumulated 2.5 million hours of operation with mtu engines in several of our harbor tugs and platform supply vessels operated over the years, mtu engines were a reliable choice for these new ships.”

The mtu engines will be delivered in phases, with two delivered in August, two more in October, and two ship-sets consisting of two engines each for delivery in December.