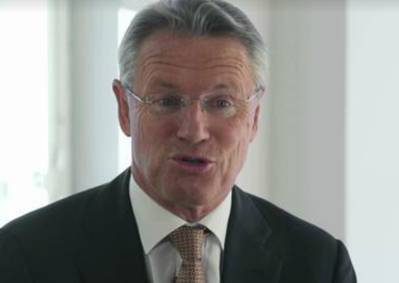 Wärtsilä Corporation has published its annual financial report for the year 2013, and President & CEO Björn Rosengren  introduces it with the following message to shareholders, excerpted as follows:

"For Wärtsilä, 2013 was a year of varying activity within our different end markets. While the improvement in global vessel contracting was significant, power generation markets declined for the second consecutive year.

Unfavourable exchange rates and some delayed deliveries at the end of the year led to a slightly weaker than expected net sales development. Profitability on the other hand developed well, reaching 11.2% for the full year. I am pleased with the resilience we have shown in reaching our profitability targets, despite the lower level of sales. Cash flow from operating activities development was strong, increasing to EUR 578 million during the year.

Several notable orders were received in the offshore industry and the demand for dual-fuel engines and gas handling systems continued to be active. In the latter part of 2013, we launched our 2-stroke, low pressure, dual-fuel engine. The first order for this technology was received shortly thereafter, and we feel that this technology could very well be a game changer for merchant shipping.

Overcapacity in the marine market continued to impact global fleet utilisation and our customers’ remained focused on reducing operating expenses. The continued good demand for power plant related services compensated for this development and contributed to the overall stability of the service market. I am pleased to note that our concentration on long-term service agreements has proven successful in 2013. The share of contracts in Services net sales increased during the year, and several important agreements were signed with both power plant and marine customers.

LNG bunkering
Today, gas availability represents one of the main barriers for its wider scale use. Infrastructure expansion is partly planned to take place through investments in midsized LNG distribution, which represents an interesting opportunity for Wärtsilä. By combining our experience in engineering, procurement and construction project execution with our LNG handling expertise, we can offer turnkey LNG terminal solutions, thus positioning us well in this up and coming market. The new emission regulations are becoming imminent, and vessel owners are preparing themselves to comply with the new requirements. The progress we have made in environmental solutions, both in terms of receiving type approvals for our ballast water systems and in strengthening our extensive reference list of exhaust gas cleaning systems, supports our growth ambition in this field.

Outlook
Our market outlook remains cautious, although a slight improvement may be seen in certain areas. In 2014, we anticipate some growth in net sales and expect operating margins to be around 11%."

The full report is available at: http://www.wartsilareports.com/en-US/2013/ar/frontpage/