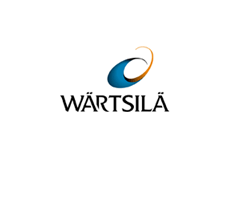 Development work on the new engines is carried out at Wärtsilä's Low-Speed Competence Centre in Winterthur, Switzerland following a feasibility study in 2010. Wärtsilä's licensee partners in Asia are closely involved in the manufacturing process. The first 62-bore engine will be available for delivery in September 2013 and the first 72-bore engine will be available approximately one year later. All Wärtsilä licensees will have the right to build the new engines.

"At launch, the new engines are IMO Tier II compatible and available with IMO Tier III solutions. The design philosophy and main engine parameters have been selected to give high levels of reliability as the first priority. At the same time, the design enables the lowest possible manufacturing costs," says Lars Anderson, Vice President, Merchant, Wärtsilä Ship Power.

Since the engine design parameters also allow for a compact engine room, shipyards can now use the same engine room module for various vessel types, from bulk carriers and tankers to container vessels. Furthermore, owners can rationalise their crew training and spares for the entire fleet.

The new engines offer significant benefits to both shipowners and operators. The stroke/bore ratio offers good internal efficiency with a gain of 1-2 percent compared to current engines, and depending on the vessel type, the lower engine speeds make it possible to improve propulsion efficiency by 2-6 percent.

The layout fields of both engines are extended to maintain output, while allowing an increased shaft speed. The extended fields offer added flexibility to select the most efficient propeller speed for the lowest daily fuel consumption, and the most economic propulsion equipment, for a wide varity of vessel types. This concept was first applied successfully with the Wärtsilä RTA/RT-flex 82 bore engines.

The new engine designs also offer de-rating possibilities, which can further improve either the engine's internal efficiency or its propulsion efficiency, or both. Overall efficiency gains of 5-8 percent at vessel level can therefore be expected. As this directly reduces the emission levels of carbon dioxide (CO2), sulphur oxides (SOx), and nitrogen oxides (NOx), it will be easier for shipyards to satisfy EEDI (Energy Efficiency Design Index) requirements.