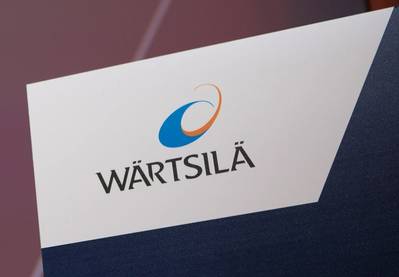 Finland's Wärtsilä on Tuesday missed expectations with a 45% drop in quarterly profit hurt by the coronavirus outbreak, sending its shares down more than 6%, despite order intake at the ship technology and power plant maker falling less than expected.

CEO Jaakko Eskola said demand in the first quarter had remained reasonable given the market conditions but among Wärtsilä's clients the cruise ship segment had been severely affected and several energy project sites had been demobilized.

Like-for-like operating profit fell to 56 million euros ($60.7 million), below the 71.2 million expected by analysts in a company-provided poll.

Wärtsilä withdrew its full-year guidance earlier this month and announced it would temporarily lay off staff in Finland.

It had already warned of a tough 2020 in October last year.

"Despite the higher sales, comparable operating profit at 56 million euros missed badly, 33% below JPMorgan (expectations) and 21% below consensus with energy particularly weak," the bank said in a note, calling the results "mixed" and highlighting the negative impact of fixed cost absorption and low margin contracts on the energy business.

Wärtsilä said its net sales increased slightly but that measures taken to contain the spread of COVID-19 had resulted in its factories running at lower capacity and restricted operations by its field service personnel.

"Our operating result was consequently impacted by weaker fixed cost absorption, as well as by the mix of service sales and the delivery of the projects we flagged last year to be affected by cost overruns," Eskola said in a statement.

To mitigate the weakened demand outlook, Wärtsilä said it had taken steps to lower its cost base by approximately 100 million euros by reducing working hours and initiating temporary layoffs, as well as by limiting the use of external personnel and consultants.