Wärtsilä to Shed 1,000 Staff in Global Efficiency Shake Up 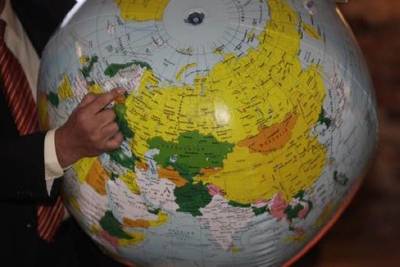 The Group-wide efficiency programme is expected to lead to a reduction of approximately 1,000 employees globally, of which about 200 are planned to be in Finland, in a move to secure future profitability and competitiveness. Wärtsilä add that the reductions will impact all businesses and support functions.

The company explains that despite some signs of improvement in market conditions, the business environment remains challenging. Vessel contracting activity is expected to remain at improved levels, but overcapacity and price pressure is still a concern. Uncertainties in the global economy have caused delays in power generation market activity. The service market development remains stable. The volatility in the market demand has increased and Wärtsilä is adapting its organisation to this reality. The synergies that were identified in the merger of the Ship Power and PowerTech organisations are also being implemented.

With these actions Wärtsilä says it seeks annual savings of EUR 60 million. The effect of these savings is expected to materialise fully by the end of 2014. The non-recurring costs related to the restructuring measures will be EUR 50 million. Of these costs EUR 11 million was recognised in 2013, as certain measures were initiated at the end of the year.

"In an environment of slow growth and intense competition, we must take steps to adjust our cost structure accordingly. Only by increasing the efficiency and flexibility of our organisation globally can we secure profitability and maintain competitiveness going forward. Unfortunately redundancies cannot be avoided," says Björn Rosengren, President & CEO.

The planned reductions are subject to consultation processes, which will be initiated in the affected countries according to local practices and legislation. The company will provide support and consultation as well as assistance in re-employment in the impacted countries.