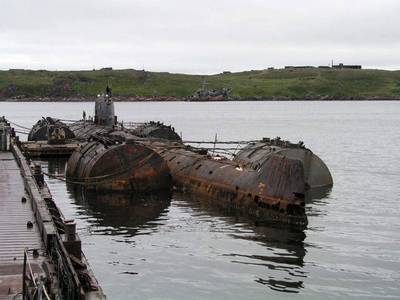 The two submarines need to be raised & scrapped so as to avoid radiation pollution & are located in the northern Barents and Kara Seas.

The ministry will announce an international tender, which may include companies from the France, the Netherlands, South Korea and United States, as the Russian Navy does not have the necessary equipment to carry out deep-sea salvage operations, the official Russian news agency, Izvestia informs RiaNovosti.

The K-27 was an experimental attack submarine built in 1962 and decommissioned in 1979 due to its troublesome nuclear reactors. Her reactor compartment was sealed and the submarine was scuttled in the eastern Kara Sea in 1982 at the depth of 220 feet (75 m).

After the sinking of the Kursk nuclear submarine in 2000, Russia has bought a number of deep-sea submersibles from the UK and Iceland, but these vessels are designed for search-and-rescue operations rather than salvage work.