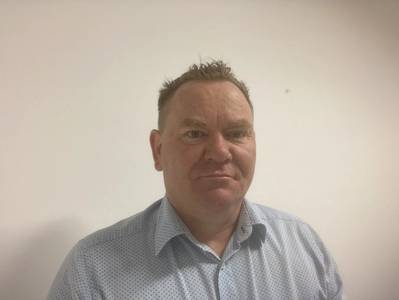 SPBES said it sees increasing opportunities for marine battery use in the inland waterway shipping market, as customers move toward decreasing their climate change impacts through electrification.

Schipper, who is Dutch, has an abundance of knowledge regarding inland waterway shipping in the Netherlands and in Europe as his family has worked in the field for generations. Schipper was raised on his family’s inland vessel and has owned barges himself in the past.

Schipper has shown a commitment to making inland waterway shipping as clean as possible; he himself has designed and built two “near to zero” energy containers that are currently running on bio-gas.

While originally hired to consult for a project with SPBES, Schipper felt very aligned with the company and its team and asked to join us as an employee. Within weeks, Schipper became a member of our team.

“Having been born into the inland waterway shipping industry, I feel passionate about Sterling PlanB and their mission to significantly reduce emissions in the area. Energy storage is the next step to successfully making our industry a clean one. I’m excited to join SPBES on this journey,” Schipper said.

“Leen offers a level of insight and experience that is incomparable in our field,” said Brent Perry, CEO and Founder, SPBES. “Between his experience in the inland waterway shipping industry and his endless connections that have been built over his lifetime, Leen has proven to be an exciting addition to the Sterling PlanB team.”