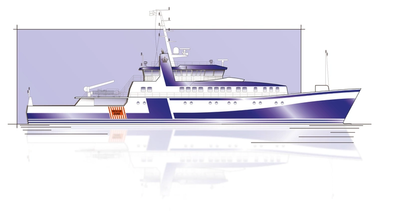 Besides its main purpose as fishery inspection vessel for the North Sea and Skagerrak area, the new vessel is designed to meet future inspection challenges, for example for the operation of large drones (Image: OSK-ShipTech)

A new fishery inspection vessel ordered by the governmental Danish Fisheries Agency and under construction at the Hvide Sande Shipyard in Denmark will be equipped with propulsion systems from German manufacturer SCHOTTEL.

The new vessel will be driven by two SCHOTTEL EcoPellers type SRE 360 CP (1,500 kW each) featuring a propeller diameter of 2.3 meters. Latter ones will be driven by electric motors. According to SCHOTTEL, the thrusters allow economical operation of the newly built vessel at a free running speed of 17.5 knots.

Thanks to the SRE’s overall propulsion efficiency and course-keeping stability, it is characterized by low fuel consumption, resulting in reduced operating costs and reduced emissions, the manufacturer said. 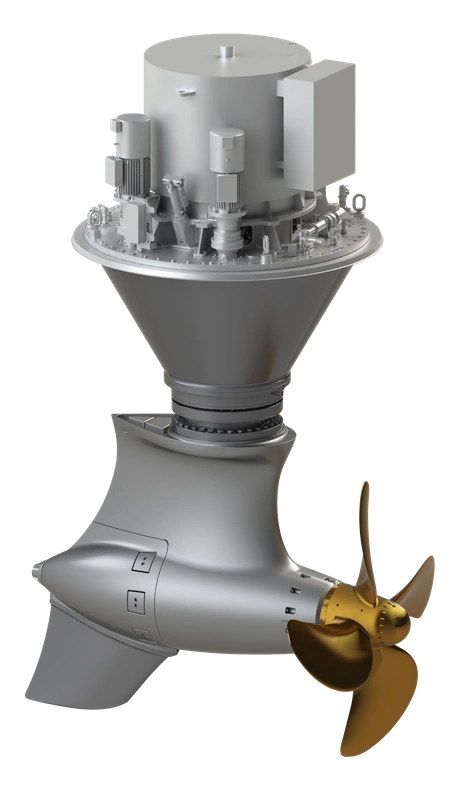 The 64-meter-long and 11-meter-wide newbuild will be equipped to deal with future control challenges and to meet stringent environmental and emissions requirements (Tier III). Accordingly, the main propulsion units feature the patented, DNV-GL type-approved SCHOTTEL LeaCon sealing system. This non-oil-to-water seal prevents water from entering the gearbox and, more importantly, oil from escaping into the seawater.

To further enhance maneuverability, the new vessel will be equipped with one SCHOTTEL Rim Thruster type SRT 1000 (315 kW) in the bow. The rim thruster is a quiet, space- and weight-saving thruster that converts electric power directly into propulsion. The SRT is eco-friendly, as it operates without oil-based consumables. Instead, the bearings are lubricated by water. 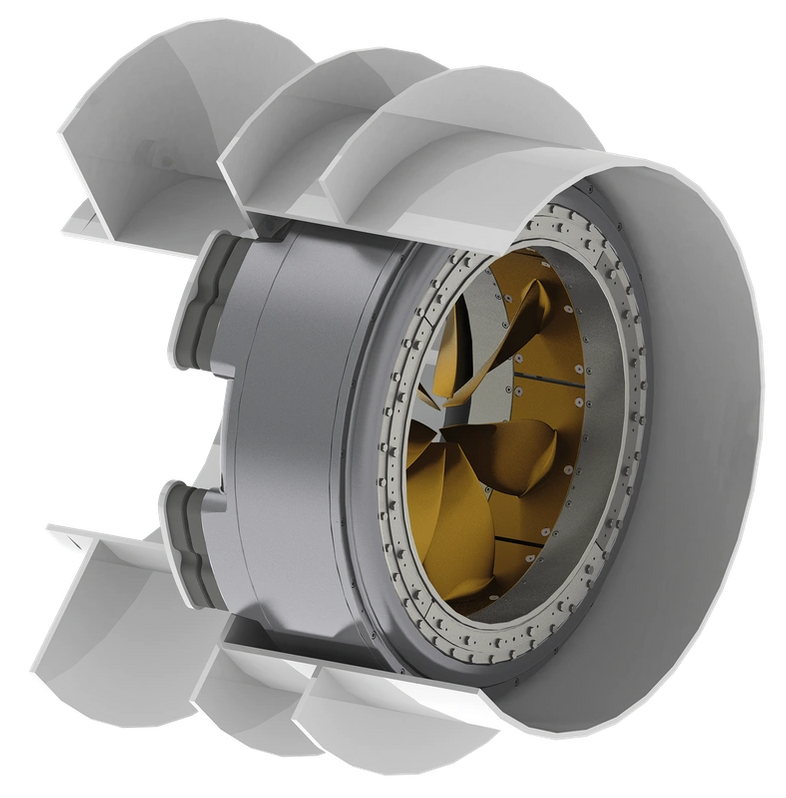 Besides its main purpose as fishery inspection vessel for the North Sea and Skagerrak area, the new vessel is designed to meet future inspection challenges, for example for the operation of large drones. It will also be able to provide service functions, such as emergency towing assistance, salvage operations and surveys.

It is expected for delivery by summer 2022 and will replace the existing MV Vestkysten, which has been in operation since 1987.

Yangzijiang Shipbuilding Group has ordered 10 MAN B&W 7G80ME-C10.5-GI engines in connection with the construction of 10 7…