With this first in a series of 12 vessels, Sembcorp Marine will build the world’s first hybrid LNG-fueled tug fleet that will replace its existing diesel-powered tugs. The vessel is designed by LMG Marin, a wholly owned Sembcorp Marine subsidiary, and a leading naval architecture design house in Bergen, Norway, which provides energy efficient solutions.

The tug’s future operation profile in the harbors of Singapore will demand highly variable power ranges. Depending on the desired operating mode and the required propulsion power, the hybrid drive system activates the appropriate power source or both together. The LNG-fueled main engines and the electrical motors are both coupled to the SYDRIVE system and are designed to operate efficiently within their optimal load ranges,helping to reduce fuel consumption and emissions.

In terms of thruster integration, each upper gearbox offers two power input positions with an offset angle of +/- 90° for two power sources. An option with a +/- 135° offset angle is also available allowing even more design flexibility.

Sembcorp Marine’s hybridized Schottel RudderPropellers type SRP 430 will have a power intake capacity of about 2,000 kW each which will be fed by zero emissions electrical motors and/or low-emissions LNG main engines. 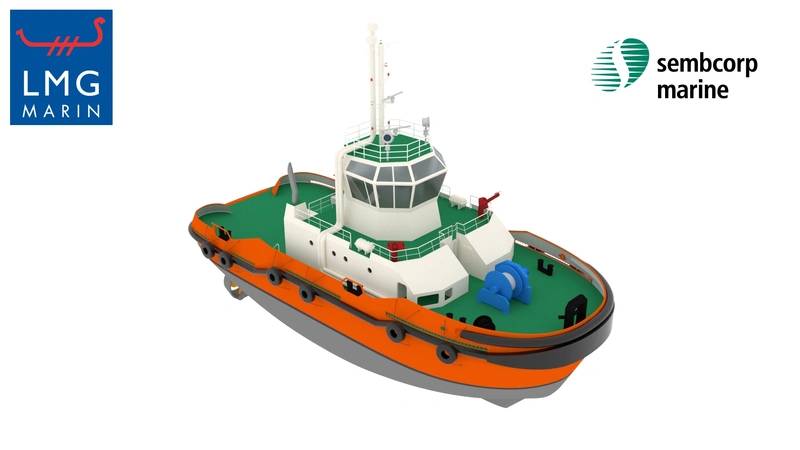 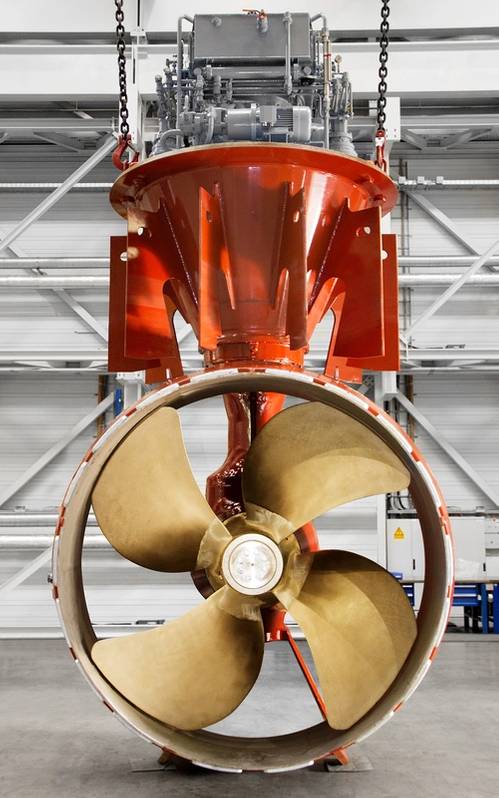