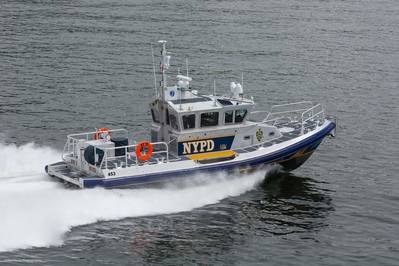 The first two RB-M C’s were delivered in April 2010 and August 2012.  Both have been providing maritime security and law enforcement along with search and rescue in the New York metropolitan area.

A full cabin provides crew protection from the elements and is equipped with a robust navigation system, heat and air conditioning, shock mitigating seats and a communication system capable of communicating with other maritime security partners.