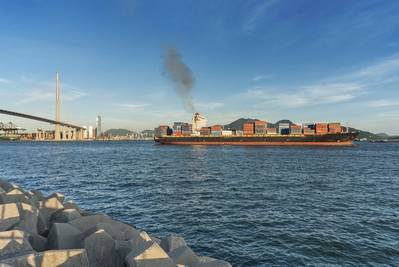 Shipping and trade groups are calling on the European Union to advance the development of ammonia and green hydrogen as the best marine fuel options to enable the industry to accelerate decarbonization.

With about 90% of world trade transported by sea, global shipping accounts for nearly 3% of the world’s CO2 emissions.

To reach goals for shipping set by the United Nations, industry leaders say the first net-zero ships must enter the global fleet by 2030, with vessels powered by green hydrogen and its derivative compound ammonia among the options.

The coalition of groups, which includes commodities trader Trafigura, urged the European Union - one of the world’s major shipping hubs - to prioritize these two fuels as part of its draft FuelEU Maritime initiative, which seeks to boost production and use of sustainable marine energy in the bloc.

“Building on independent research, and with the knowledge that we currently have, we believe that hydrogen-based fuels will be the shipping fuels of the future,” a Trafigura spokesperson said.

Trafigura added that a global carbon levy led by the U.N. shipping agency, the IMO, was also needed “to encourage and incentivize the use of low and zero-carbon fuels”.

IMO discussions though are still at an early stage.

A European Commission spokesperson said it was assessing the different policy options as part of FuelEU Maritime and planned to present a proposal in the second quarter of this year.

Green hydrogen, made from electrolysis to split water into hydrogen and oxygen using electricity from renewable energy, is emissions free. But it is expensive and less dense than other fuels, meaning more onboard fuel storage capacity is needed.

Other projects anticipate using hydrogen to make other products, such as ammonia, to improve viability.

A study conducted for the non-profit Getting to Zero project showed this week that zero-emissions fuels need to make up 5% of international shipping’s energy mix by 2030 to ensure the sector’s decarbonization is in line with the Paris accord’s climate goals.