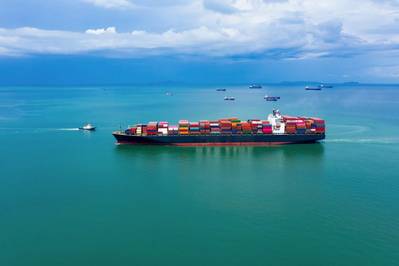 Seven months after the United Nations' shipping agency brought in hotly anticipated new rules to curb emissions, the raft of technical issues and leap in fuel prices that were expected to result have failed to materialize, ING Bank said on Tuesday.

Global shipping and oil firms had flagged major concerns over potential disruptions from International Maritime Organization (IMO) rules implemented at the start of 2020, which capped marine fuels' sulphur content at 0.5% against 3.5% previously.

Meanwhile, as the coronavirus outbreak battered global oil prices and slashed demand, prices of VLSFO slid along with those of other products.

"We are now well into the IMO 2020 shipping regulations, and it is clear that all the hype leading up to implementation was exaggerated," said researchers at ING Bank in a note on Tuesday.

The impact of the transition to lower sulphur fuels was partly softened by the COVID-19 pandemic, said ING.

"COVID-19 has only added further pressure to 0.5% very low-sulphur fuel oil (VLSFO), with road transportation having been hit significantly as a result of country lockdowns," said the Dutch bank.

However, with gasoline demand on the rise following the reopening of economies, VLSFO supplies could tighten throughout the remainder of the year if a resurgence in cases does not lead to renewed lockdowns.

Industry participants had expected ships to switch to burning gasoil to comply with the rules, but a jump in VLSFO output has seen more ships adopt that fuel instead, as a cheaper and more operationally familiar fuel.

In Singapore, by far the world's largest bunkering hub, VLSFO sales account for about 70% of the monthly total.

However, with the market weighed down by rising inventories amid increasing output, the shipping industry's preference for VLSFO has offered little support to prices, said ING, and it has performed more weakly than other marine fuels.