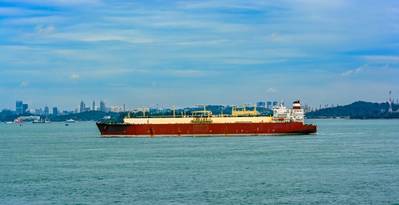 "We've been working to develop LNG-bunkering in Singapore since about late-2015," said Alan Lim, deputy director at the Maritime and Port Authority (MPA) of Singapore, told Reuters at the sidelines of the Singapore International Bunkering Conference and Exhibition on Tuesday.

The bulk of the investments, totaling about S$18 million, were directed at co-funding the construction of LNG-powered vessels including tug boats, Lim said.

The remainder was directed at developing the use of LNG in the marine refueling, also known as bunkering, sector.

These included S$6 million for the construction of two barges capable of supplying ships with LNG bunkers through ship-to-ship transfers, as well as S$2 million for the development LNG-bunker trucking facilities at the Singapore LNG (SLNG) Terminal.

The investments come ahead of growing pressures on the global shipping industry to reduce its emissions footprint and as new limits on the sulphur content of marine fuels come into effect from 2020.

Using LNG to power ships instead of fuel oil or marine gasoil can reduce emissions of the pollutants nitrogen oxide and sulphur oxide by 90 percent to 95 percent, according to industry estimates.

Singapore is the world's largest bunkering hub with record sales of 50.6 million tonnes of fuel in 2017.