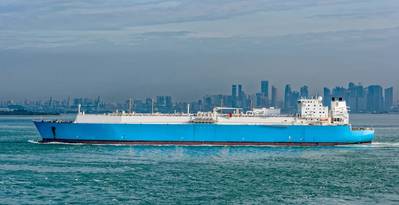 The push is part of the International Maritime Organization’s (IMO) aim to halve the sector’s greenhouse gas emissions by 2050 from 2008 levels.

“As the maritime community continues the search for low or zero carbon fuels to meet the IMO’s 2050 goal, LNG is a viable transitional fuel to mitigate CO2 (carbon dioxide) emissions from ships,” said Chee Hong Tat, Singapore’s senior minister of state for the Ministry of Transport.

To expand its capacity, the Maritime and Port Authority of Singapore “will be launching the Request for Proposal in the coming weeks to issue additional LNG bunker supplier licenses,” he said at the virtual Singapore International Bunkering Conference.

Singapore, the world’s largest marine refueling hub with annual sales volumes of about 50 million tonnes of bunkers, is the only port globally that implements a licensing regime for bunkering suppliers and craft operators.

Singapore, which has provided more than 270 truck-to-ship LNG bunkering services this year so far, is likely to offer its first ship-to-ship LNG fuel transfer by the first quarter of 2021 and a total of about 300 STS LNG bunkering operations, Chee said.

Beyond LNG, the city state also plans to invest in the search for cleaner alternative fuels.

“Today, the MPA, the Port of Rotterdam (Netherlands) and the Ministry of Land, Infrastructure, Transport and Tourism, Japan, will be signing a memorandum of cooperation (MoC) on a future fuels port network,” said Chee.

“The MoC will allow for the development of a roadmap on the adoption of future marine fuels to support decarbonization.”