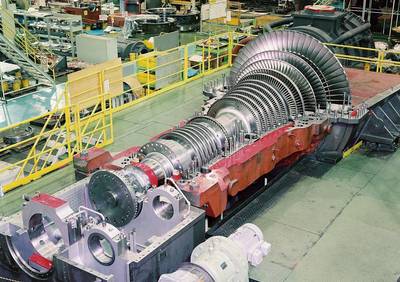 MHI has been looking to fortify its global business structure to attract more orders and at the same time evade currency exchange risks. Qingdao Jieneng Steam Turbine Group has been seeking expansion into markets for medium-size steam turbines and marine-use steam turbines. The intentions of the two companies thus meshed and led to the agreement on the JV's establishment.

Qingdao Jieneng Steam Turbine Group is a well-established turbine manufacturer founded in 1950. The company manufactures approximately 500 units annually, mostly small steam turbines below 60MW. It has some 2,300 employees, is focused on steam turbines for use in factories and power generation, and enjoys a considerable market share. It also enjoys an abundant track record in deliveries to the Asian markets, especially Indonesia and India.

Looking ahead, the JV will introduce globally competitive products into the Asian markets leveraging the combined capabilities in development and manufacturing of its two parent companies